We had a wonderful weekend preparing for Easter, both spiritually and well, physically...meaning we did a lot of cleaning and food prepping.

I had the children do their usual dish.  Here's Matthew working diligently on the muffins. 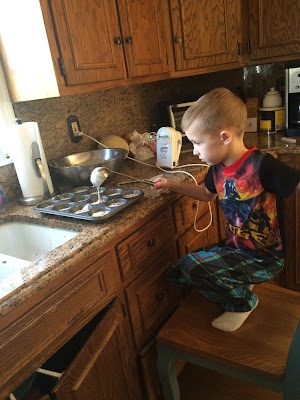 Ann made her bunny veggie platter. 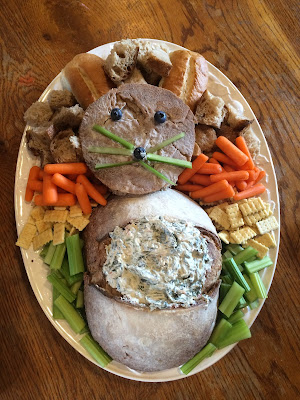 I will let the pictures take you through the rest of our day. 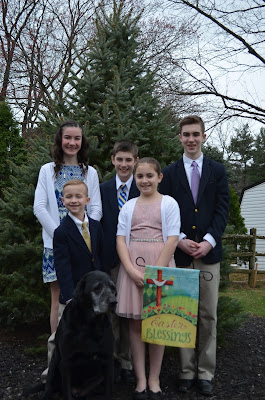 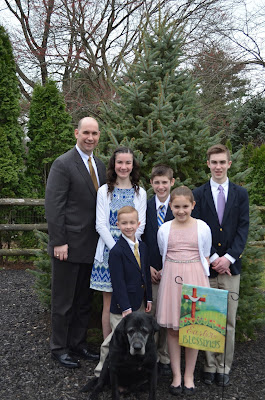 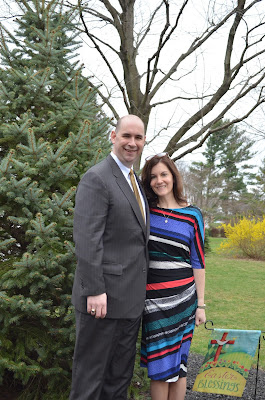 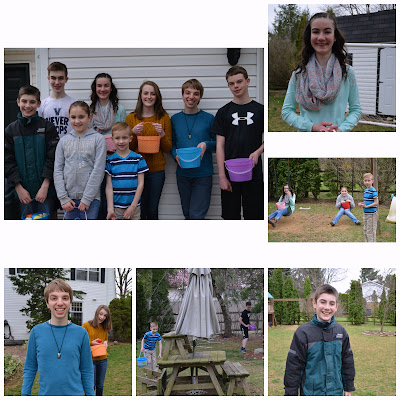 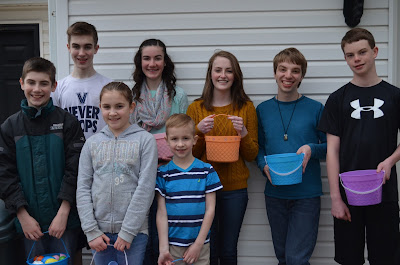 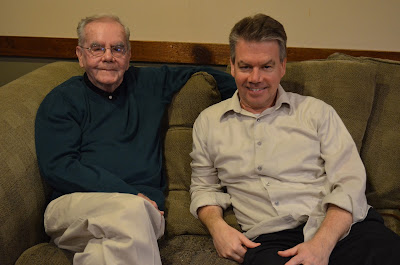 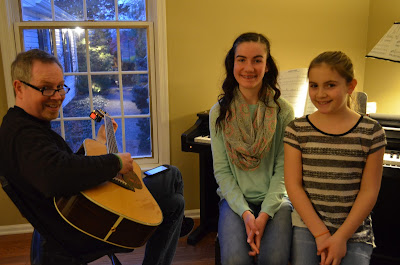 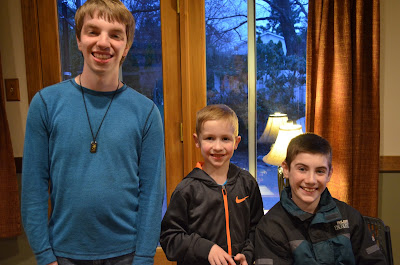 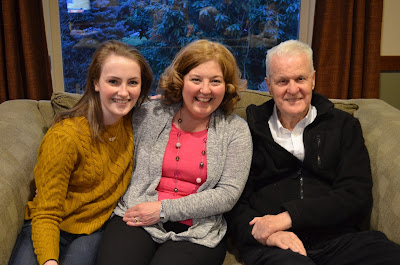 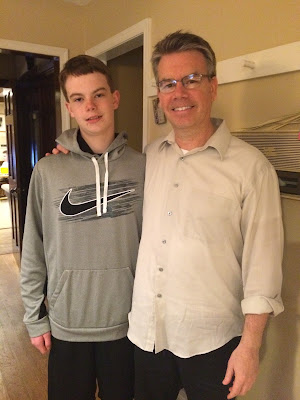 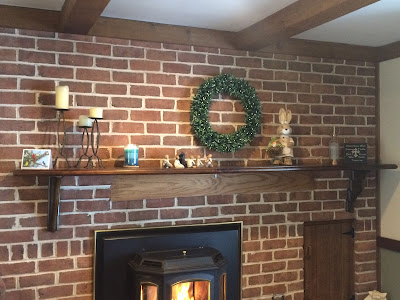 I'm so grateful for the joy in this day!

And, it wouldn't be Easter without a little Star Wars theme song.  Wait, what?

Anyway, enjoy this clip of Mary and Tommy.


Wishing you all the most blessed Easter season yet!
Posted by Kathleen at 10:06 PM 4 comments:

About 3 years ago we learned that our elementary school principal was retiring.  I was really bummed because I thought she had done a fantastic job there.  I didn't have much interaction with her since I spent little time at the school back then.  From what I could tell she ran a tight ship and my kids came home from school happy everyday. Two important pluses as far as I was concerned.  One of the things I loved about her was how she had a gentle control over the students and their behavior.  To quiet them down at the start of an assembly all she had to do is raise her hand and there was silence.  It was almost as if she had the Force of a Jedi.

Soon after, I learned that the superintendent would be coming to a PTA meeting to listen to the parents about what kind of principal they hoped would be hired.  This was my chance to help find a suitable replacement.

When we got there, we were handed a survey with about 20 traits for a principal.  We were to number them in order of importance to us from 1-20.  The list consisted of things such as:

The list went on and on, but you get the idea.  If I remember correctly, after we filled out our survey, we were asked to state our first three traits that were most important to us .

Out loud.  In front of everyone.  I still remember shaking.  Literally.  I was unaccustomed to hearing my voice in public places.  But I was confident in my #1 trait and darn-it, I was getting it out there.

I was one of the last to go and not one person who had gone ahead of me agreed with me in their top 3 answers.  How could I be so dumb to not pick a "popular" trait?  I still remember my voice shaking as I spoke up.  It went like this:

"I chose Character as my #1, because if he or she has character, everything else will fall into place."

It took a good 10 minutes to recover from that public speaking. I remember feeling the cerebral-spinal fluid rushing around my brain.  (that happens to me when I'm nervous; is that normal?)

Back then I didn't understand why no one had that trait of Character in their Top 3.  I don't think it was because they lacked character.  In hindsight, I just think they were probably too focused on their wants and needs than to see anything past that.

Surely people care about a leader's character.  But these days, especially with the presidential election looming, it appears that a lot of people don't.  Could we be too focused on ourselves than seeing the big picture? 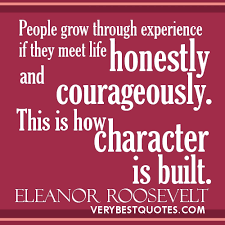 Either people don't care about character, or the meaning of good character for other people is completely different than mine.

I've been told that voting for the party is what matters regarding electing judges, upholding conservative issues, or at the very least, voting the "lesser of two evils." I get it.  But at the same time, I am a firm believer in "The ends does not justify the means."

The ends does not justify the means.

If I vote for someone who I believe has zero character, what does that say about MY character?  This is definitely something I've been struggling with over the last few months.

One thing I do know is this: 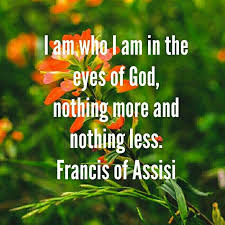 I'm going to keep that in mind when I stand in that voter's booth.

And in case you were wondering, our current school principal is not at all like the previous one, yet she is the right person for the job because she has character, such as honesty, integrity, dependability, loyalty, enthusiasm, etc. (and just to make my point, her bumper sticker proves we are on opposites sides of the political spectrum.....yet, she still has my "vote.")

Coming together....it can be done.  One Nation Under God, Indivisible, with Liberty and Justice for All.