I spent an enormous amount of time in my bedroom growing up.  I had this beautiful stereo that I had bought with my own money.  It had a turn table, a radio, and two cassette compartments for tapes.  I was in heaven with that thing.  My room was small and I shared it with my older sister.

When I had the room all to myself, I'd play oodles of songs from my supply of 45's and LP's and dance away in front of the long mirror that hung on the door.  A brush was often my microphone.

I remember many times sitting on the edge of my bed, looking out the window.  One of the cassette tapes I had was full of classical music.  It must have been my Mom's.  It had all the familiar tunes on it, like Fur Elise (c'mon, you know it, from Charlie Brown), Rhapsody in Blue (from United Airlines commercials), and Tchaikovsky's Swan Lake.

But there was one song in particular that I thought was amazing.  I heard it again last night and it stirred up all those feelings that I remember having as I played it over and over again sitting in front of that window all those years ago.  It was during those times I dreamed of falling in love.  I found a clip on youtube.

If you want to hear the most romantic music ever, listen to this clip for just 3 minutes and 22 seconds.  (He actually starts the piece over at 36 seconds because someone coughs and he loses his concentration.)

When it hits the 1:20 mark, it was then that the center of my chest would burst with the beauty of it all.

My mother told me it was played in a movie called "A Story Of Three Loves."  I have never seen it, but it's on my bucket list.  I'll be sure to have my tissues close by when I do watch. 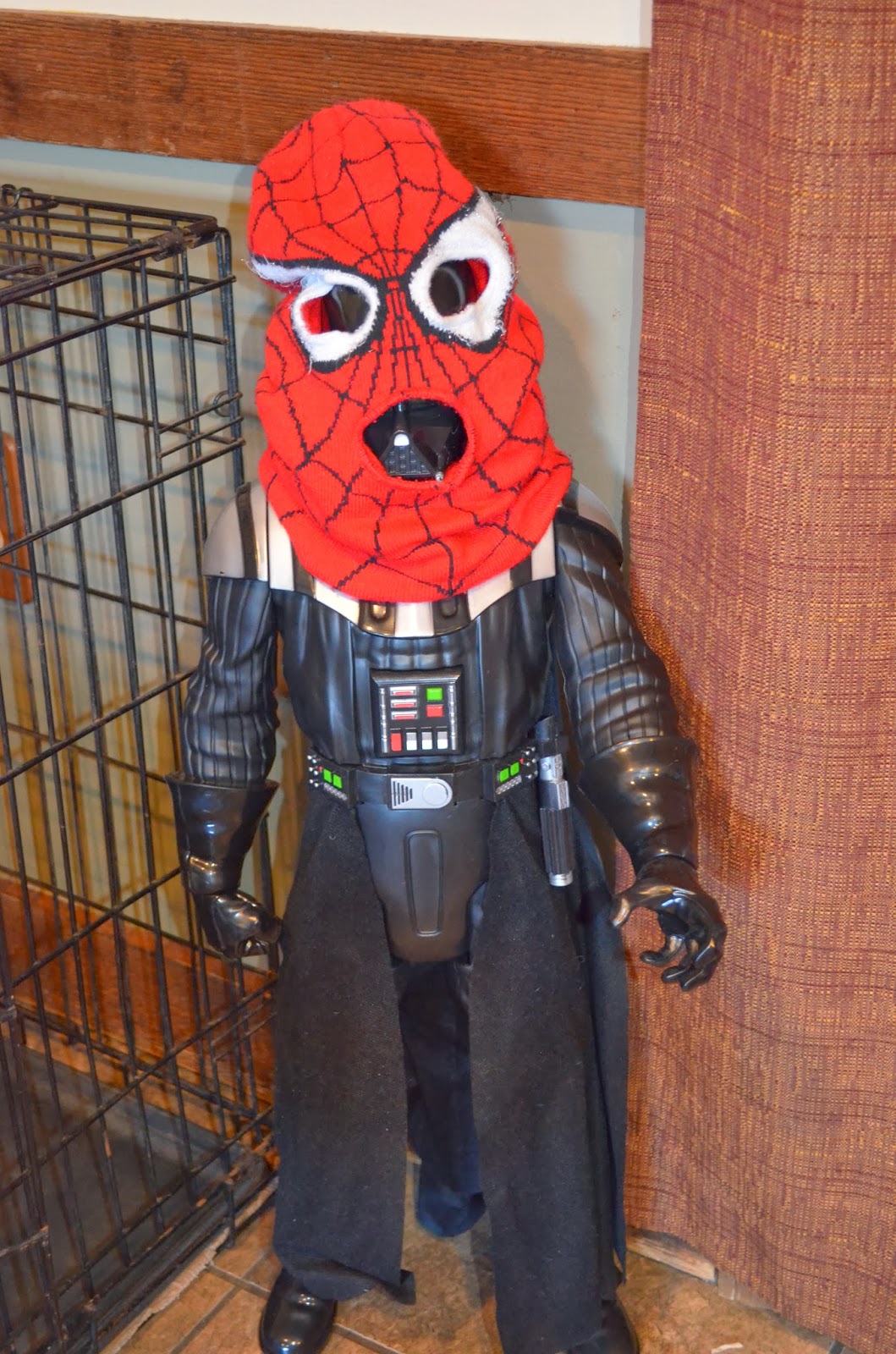 We Are Many Parts

Today is the day of the year that always gives me slight heart palpitations.  Being the parent of public school children, there is always a bit of a sting that comes to me as we sit in our pew and listen to the advertising of the start of Catholic Schools Week.

I am the product of 12 years of a Catholic education.  In fact, my uncle, a Franciscan priest, referred to me in the homily of our wedding day mass, as being "marinated in the juices of Catholicism."  It was such a great line and I was proud of that description.  I enjoyed my years at school and I am grateful that I had such a loving, extended family there.

The experience my children have had so far in the public school has been a positive one, too.  In fact, I have learned the light of Christ is not limited within the walls of a parochial school.  The teachers and staff provide a safe, loving environment in the schools my children attend.  Even though talk of faith and religion are not spoken outwardly there, the subtle examples are evident and enrich what we teach them at home.

While sitting there in mass today, my palpitations eased because I believe that Christ had my back once again.  Our celebrant was the priest who went to public school; the readings spoke of being fishers of men and going forth to preach the gospel; and the hymns (The Summons and We Are Called)  called us to follow Christ and bring his love to all people. It was then that I realized something else.

School is not only a place where our children can learn the good news, it is a place where they can be the good news.  My hope is that our presence at school, whether we are students or parents, is not solely to receive, but to give.  In other words,  "Let your light shine before men in such a way that they may see your good works, and glorify your Father who is in heaven."  Matthew 5:16.

That can be done everywhere.

My point is this: whether we attend Catholic or public school, private school or home school, each and every one of us is called to be the Light of Christ.  There is a need for all of us because we are many parts that make up one body....The Body of Christ.
Posted by Kathleen at 6:31 PM 5 comments:

Why I Haven't Posted And A Reflection

There's been a couple of reasons for my lack of blog posts lately.

2.) My laptop is broken.  It crashes at the drop of a hat.  I could use the desktop in the basement; however, that is our playroom and going down there is like going into a big, scary abyss of destruction.  I just won't do it.

BUT, I did have a conversation yesterday that warrants being talked about.

Have you ever been in a conversation where the person you're talking to is on the verge of putting their foot in their mouth and you are on the verge of hearing something bad about yourself?  Well, that was me yesterday.

Turns out, some years back, someone bought Bill a book with a title something like, "Why Is She Angry All The Time?"

I don't think that's the actual title because I can't find anything like that on Amazon.  But I didn't have the courage to inquire more about it.  I just wanted to change the subject.

When I asked Bill about it later, he had "no recollection" of being given any such book.  We had a quick laugh about it and I dropped it.  The stars must have been aligned for me not to fall into my own big, scary abyss of depression.  I decided that "angry" Kathleen was long gone and it was all in the past.

At least I hope she is.

The truth of the matter is, when Bill and I were first married, I wasn't the happiest person.  It was the first time I lived away from my childhood home and it was a couple of hours away from our families.  After we had children, I was completely taken off guard with how difficult and how lonely the life of a stay-at-home mom was.

Even though I lament the fact that the children are getting older, I do not want to go back to those early days.  It was tough!  Our first four kids were born in less than five years. Every appointment, every sporting event, every trip to mass, was met with so many challenges and each one was horrible. I won't lie.  I hated it.  With Matthew I did learn to enjoy some of it, but only for the very fact there is no one after him!

These days I see my younger friends and family with their toddlers and babies and they seem to be handling it all with ease.  I, on the other hand, had been one to align myself with friends who felt as easily stressed out as I was.  It was commiseration at it's best!  That's how I survived.

Luckily for me, back then Bill was a stellar husband who knew how to handle my not-so-stellar behavior.

Which leads me to believe he did receive the book and he read it, too.

Funny title for not much happening around here.  School was cancelled due to severe cold weather.

*With the Christmas vacation, plus added snow days, we were able to finish watching Season Three of the Brady Bunch that Santa brought us.  My kids now know the iconic lines of "Marcia, Marcia, Marcia!" and "Pork Chops and Apple Sauce." 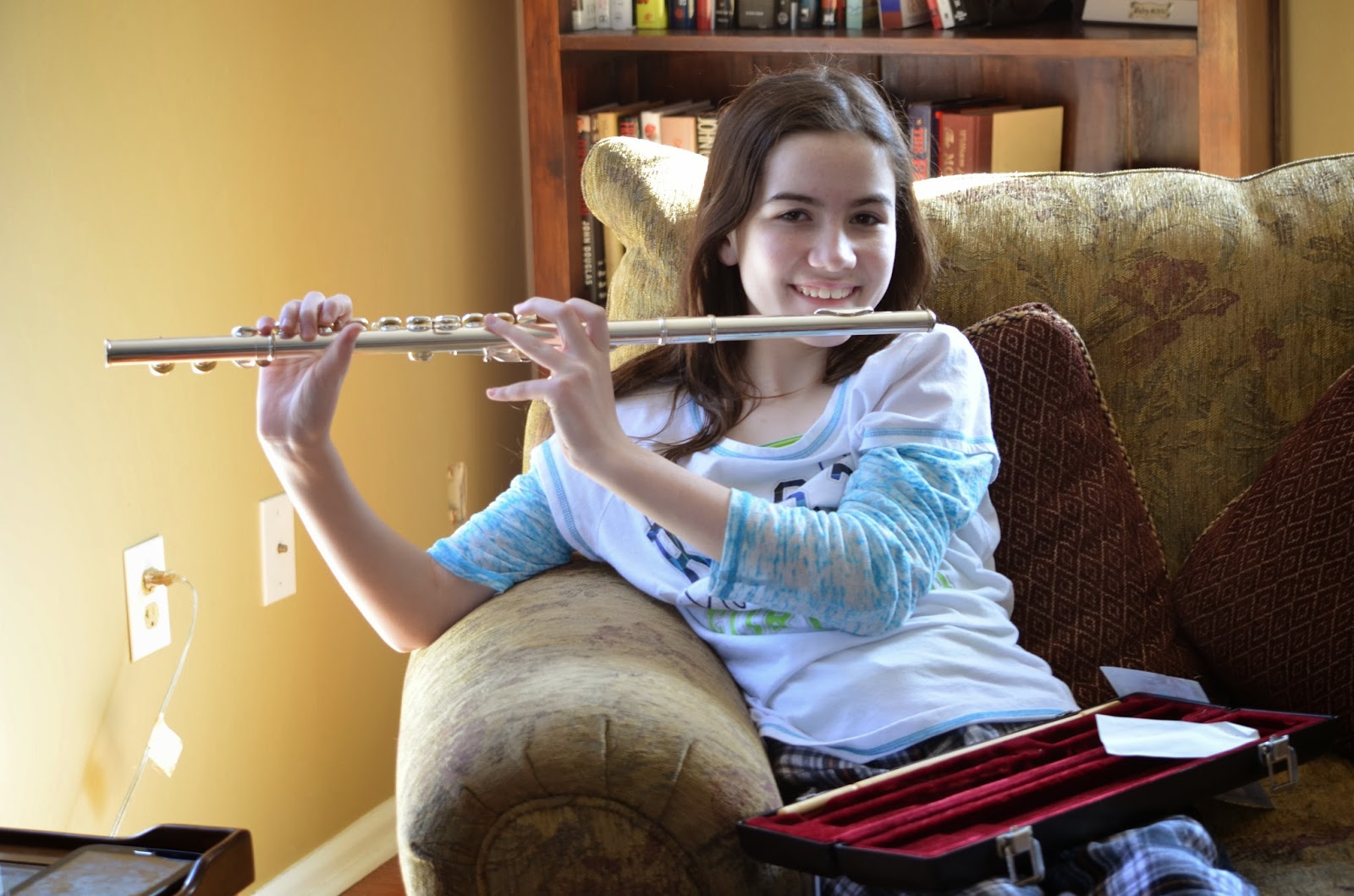 *Mary has enjoyed being in marching band doing Silks (flags).  Unfortunately the high school she will (most likely) attend does not have Silks.  Her violin teacher at the middle school has agreed to teach her the flute as well so she'll have a place in marching band when she gets there.  Her face shows you how excited she is about this.

*Tommy is obsessed with Indiana Jones.... 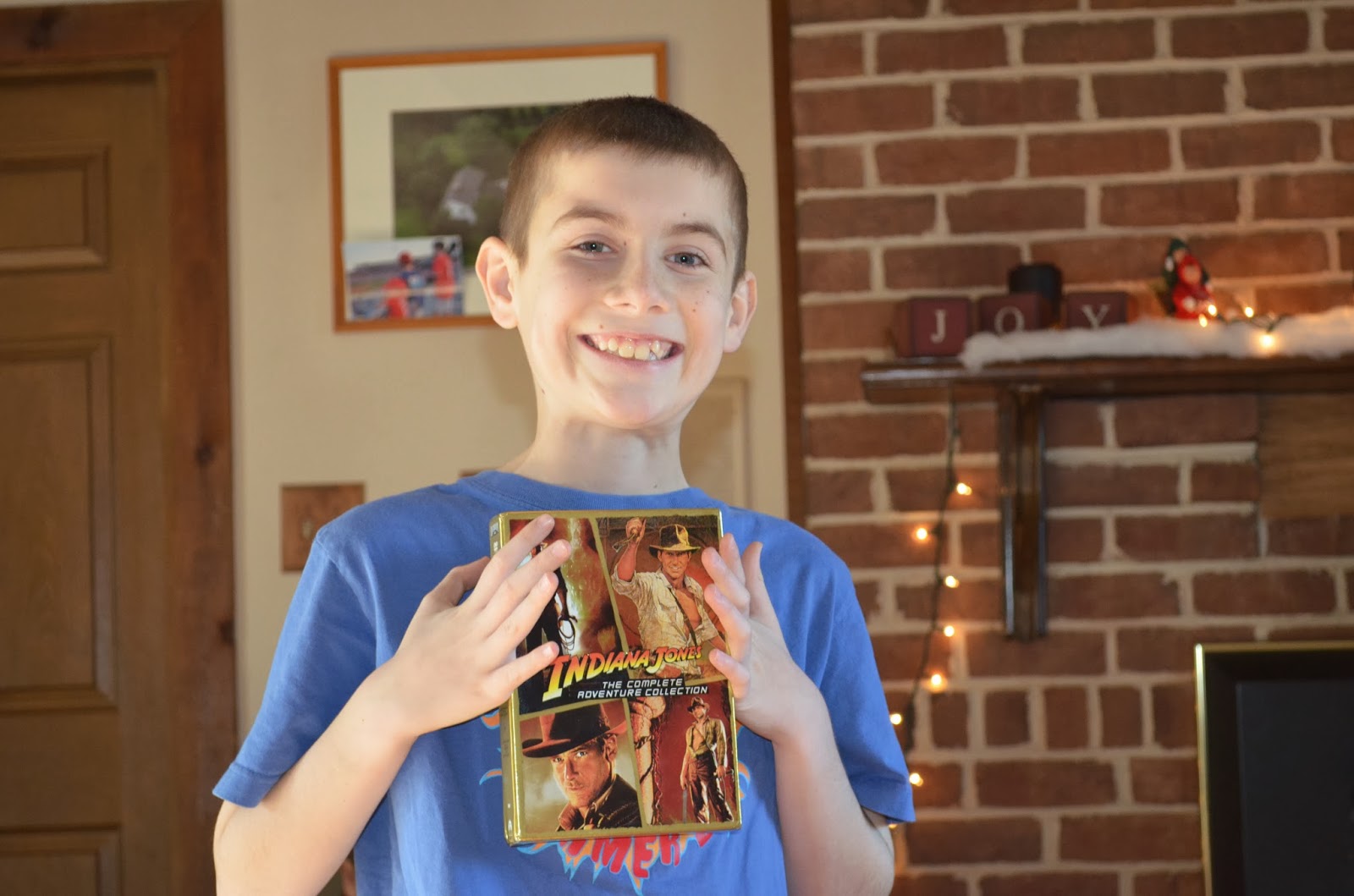 ....which reminds me of me when I was young because I was obsessed with him, too.


*This is what Billy looks like when I beat him in Backgammon. 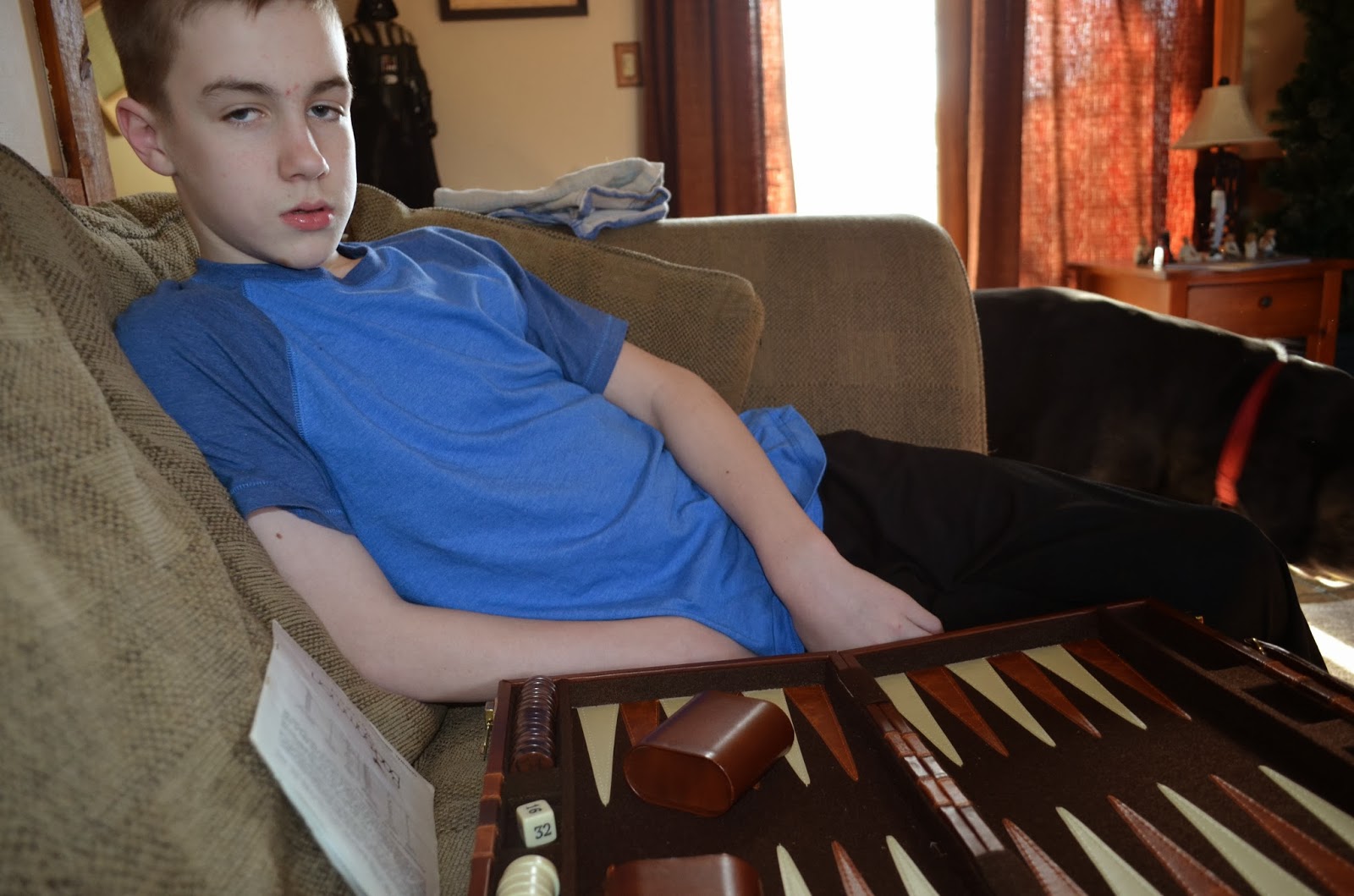 *No pictures of Ann and Matt today, but they have become worthy opponents in our games of Crazy Eights.  It's not all luck, you know.

*And there you have another contender for the Most Boring Blog Post Award.

A recap of the joyful events of our year.