A Wedding In Pittsburgh - Part 2

Our house was clean, schedules were written, dinners were prepped, and our bags were packed.  My in-laws were arriving in the afternoon the day before the wedding.  We were staying in Pittsburgh for two whole nights.  Even though the anticipation was half the fun, I was still excited to get in the car and GO!

We arrived to our destination around 10:30 that night.

Because we were taking the place of a family member who at the last minute couldn't make it, we had a room right at the venue where the wedding reception was taking place. It is called Mansions on Fifth.  Fifth Avenue was home to the elite in the early 1900's.  The Mansion was commissioned by a prominent lawyer back then.  A 20,000 square foot home was to be built for his family.  Large for a family home, the hotel now has twenty cozy rooms available for guests.

When we checked in we were greeted by a grand staircase, a fire in the fireplace, and a baby grand piano.  There was also a side room with a small bar area,  another fireplace and one family, sitting quietly and chatting.  The ambiance was to die for!! 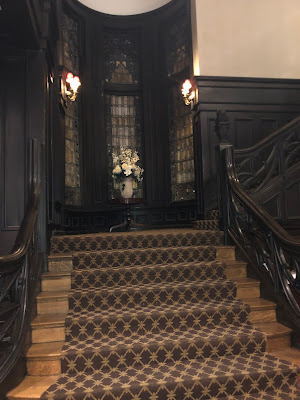 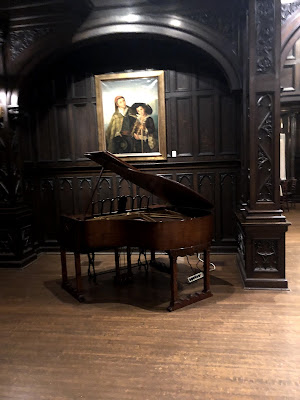 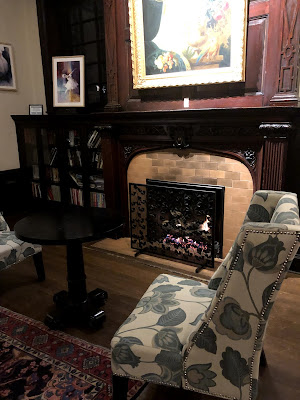 As much as I wanted to get a glass of wine and strike up a conversation with them (all the guests of the hotel were guests for the wedding), we decided to get some shut-eye.  Mostly. 😉

Because Madison and Nicolas' wedding wasn't until 4pm the next day, we could sleep in and then do a little sight-seeing in the morning.  I gloried in a shower that I didn't need to rush through before a baby cried.  It's the little things.

We decided to have breakfast in the strip district at a little place called Cafe Raymond.  Delicious.  I gloried in the fact that I could eat slowly and not be distracted before a baby cried.  It's the little things. 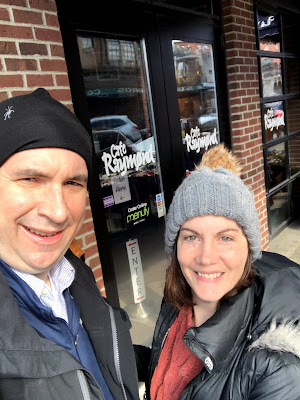 I enjoyed just how nice it is to be with Bill, sometimes talking, sometimes in a comfortable silence.  We walked through a huge antique shop,  stopped in for a wine sampling, and walked the streets that were wall to wall with Steelers and Penguins gear. Being from Philly, I still didn't mind.  The people here were so nice and it was great to see the love they show for their city.  Until I saw this t-shirt! 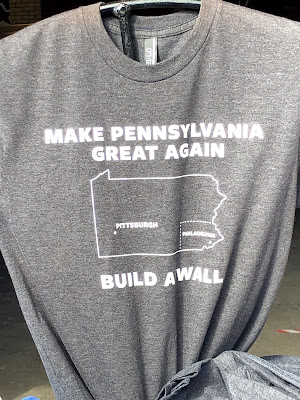 You're killin' me, Pittsburgh.  But I forgive you.

We also got to do this cheesy tourist attraction called the Duquesne Incline. 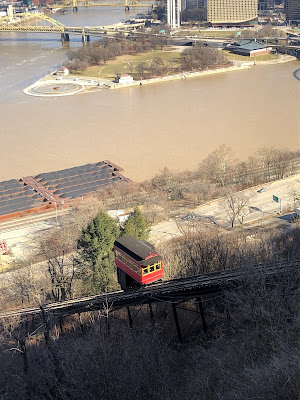 We checked in with Mom and Dad to make sure all was well at home.  They were doing an amazing job taking care of everyone there.  They sent us these pics. 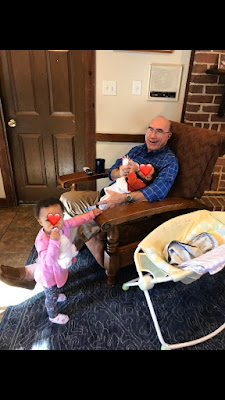 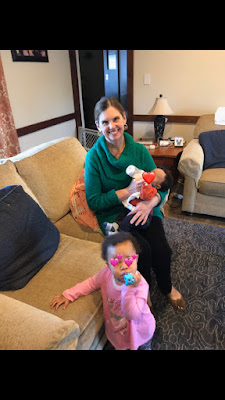 How grateful we are for them!!

Before long, we had to head back to the hotel.

It was now time to get ready for the Main Event!!

A Wedding In Pittsburgh - Part 1

"I love how God strategically places people in your lives at just the perfect timing."


That was a recent comment a new friend of mine wrote on her Instagram page.  I thought it was the perfect way to start off this post, because without a doubt, God was in all the details I'm about to write about.

Billie Jo has been follower of my blog since I started back in 2011.  In fact, if not for her and her faithful comments on each and every post of mine, I may not have stuck with These Joyful Mysteries for very long.  She was a positive influence and silently encouraged me to continue to write and journal about my family and faith.

Our families had the opportunity to meet a few years back.  They were lovely.  I felt so fortunate to be able to meet them in person and see just how awesome they all were. (You can read about that meet-up here.) Unfortunately, we live about 4 hours away from each other, so that was our only visit.

BJ and I continued to keep in touch via our blogs, text messages, and Christmas cards.  I had been following her updates about her oldest daughter Madison and her fiance' Nicolas in recent months.  They were going to be married in February.

I frequently joked with Bill that I was going to drive out to Pittsburgh (5 hours away!!) and crash the ceremony.  I had so badly wanted to see Madison get married.  I heard she was in love with a great man, has an eye for elegance, and that the entire wedding would be a class act.  I even thought about having my whole family do a weekend trip to Pitt just so I could catch a glimpse.  I probably would have done that if not for the little babies making travel a bit difficult.  Furthermore, I dreamed that it would be perfect if Bill and I could get away from all the crazy of our lives and go to Pitt by ourselves.
No joke.

About 3 weeks before the wedding, as I sat in my family room watching Avengers: Infinity War with Bill and the kids, I got this text from BJ. 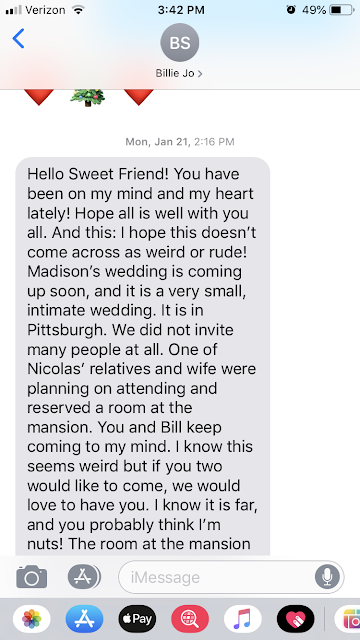 I must have stared at the screen for 5 minutes straight.

I passed the phone over to Bill so he could read it.  I had tears in my eyes asking if we could make this happen.  He called his parents.  They said yes to watching ALL 7 kids.  God bless them and their generous, giving hearts.

This was actually going to happen!!