For weeks Bill had an idea in his head.  He wanted all of us to go to New York to watch the Macy's Parade balloon inflation the Wednesday before Thanksgiving.  He said he heard that it was a lot of fun and read reviews that recommended going.  The kids and I had no desire agreed that it was a good idea and went.

We waited in traffic near the Lincoln Tunnel for one hour.

We waited forty minutes for the subway with gazillions of people all waiting to head to the balloon inflation.

We arrived after the balloons were already inflated, face down, and covered with nets.  It took forty five minutes to walk one city block.

We were like a can of sardines every step of the way.  Bill was disappointed and I was completely amazed that people came from all over to watch this.  I tried to get some pictures but they don't do it justice as to how crowded it really was there.


Ann was eye level with rear-ends the whole time, the poor thing.  But none of them complained.  And everything can be made better with pizza in the subway. It was an interesting experience for sure. (Don't go)

We had no plans to travel for Thanksgiving this year.  We spent a quiet day at home.  The girls helped me set the table.  Mary Kate designed the centerpiece and name cards. Bill cooked the turkey. 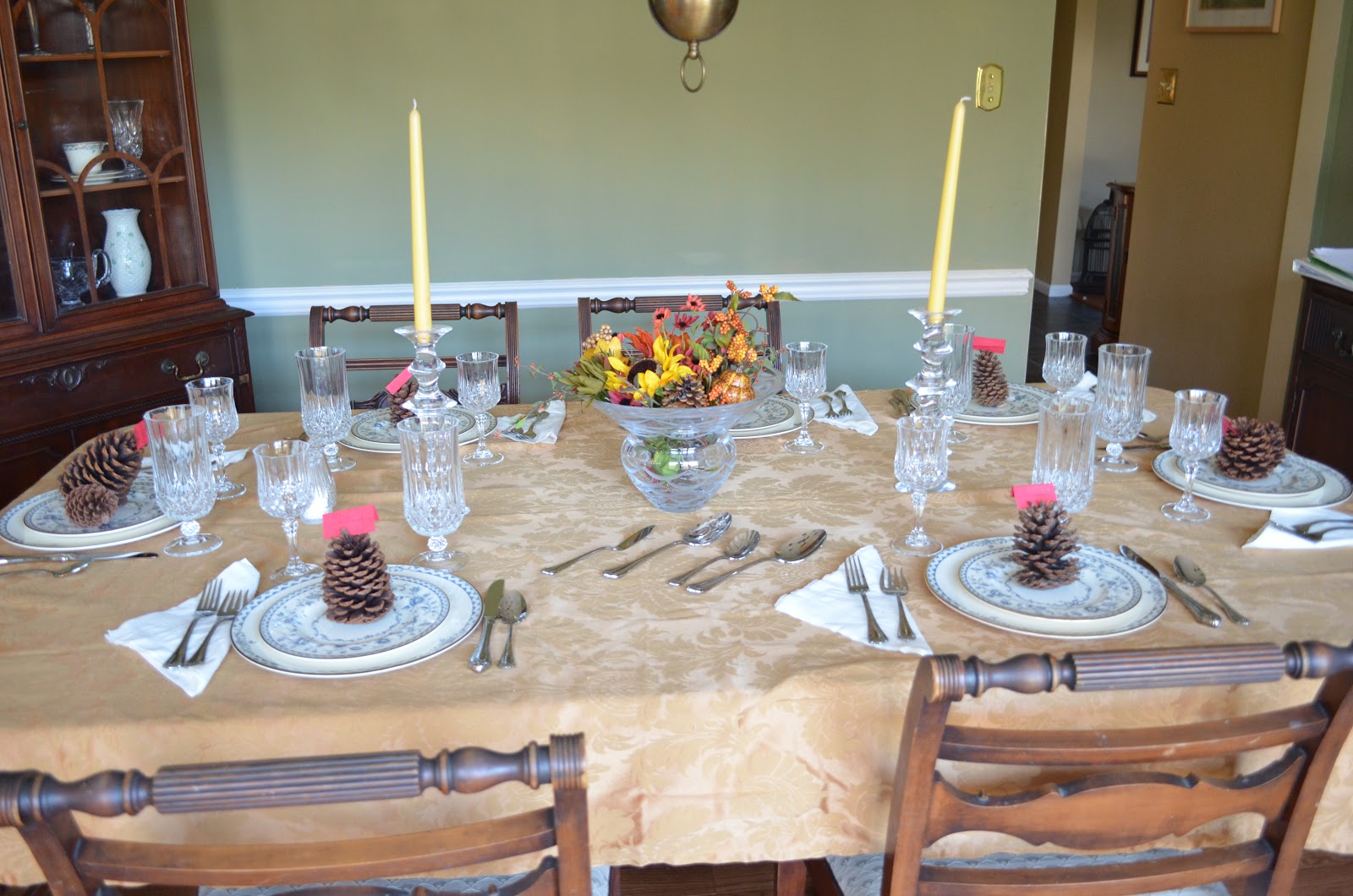 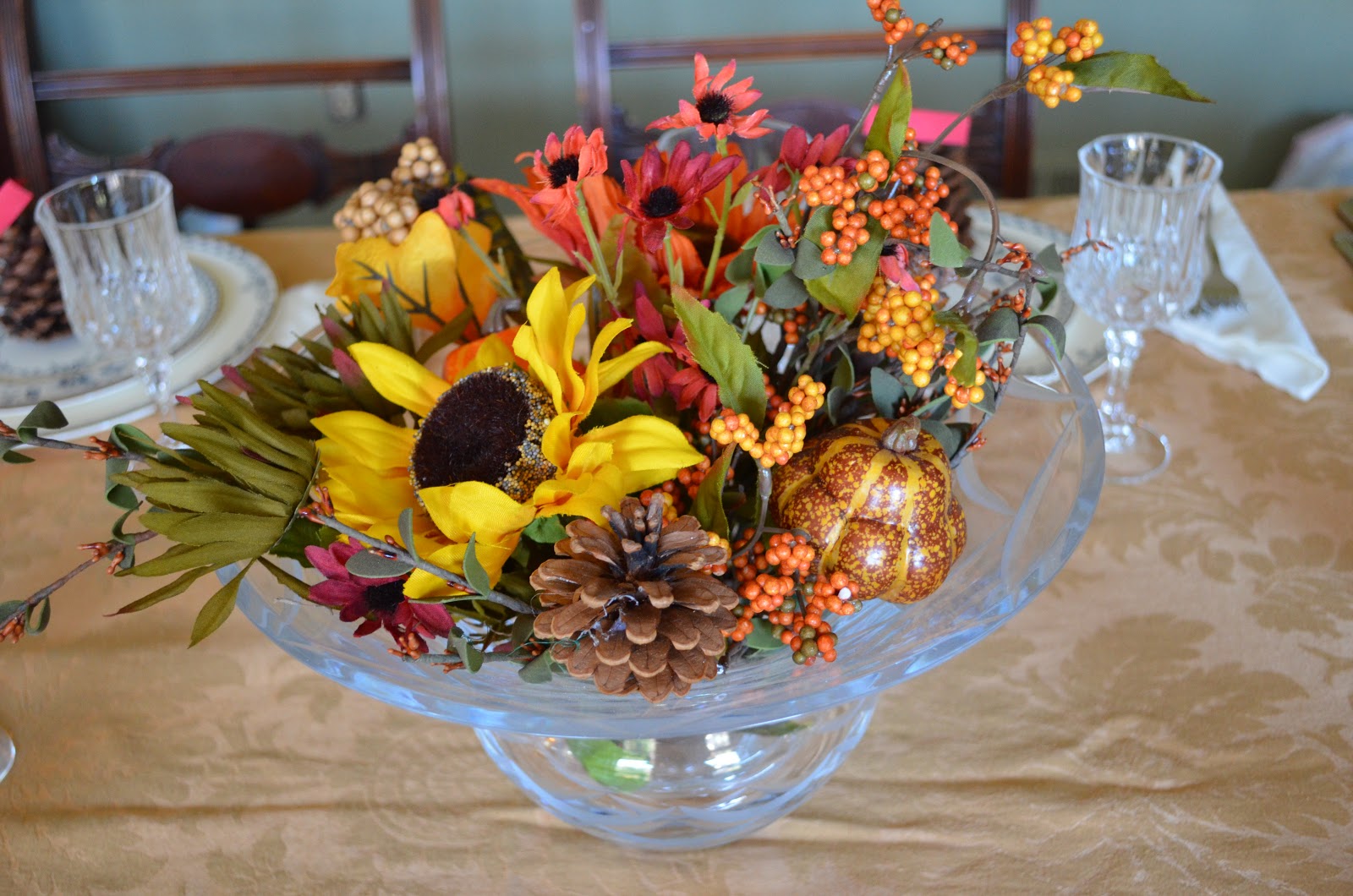 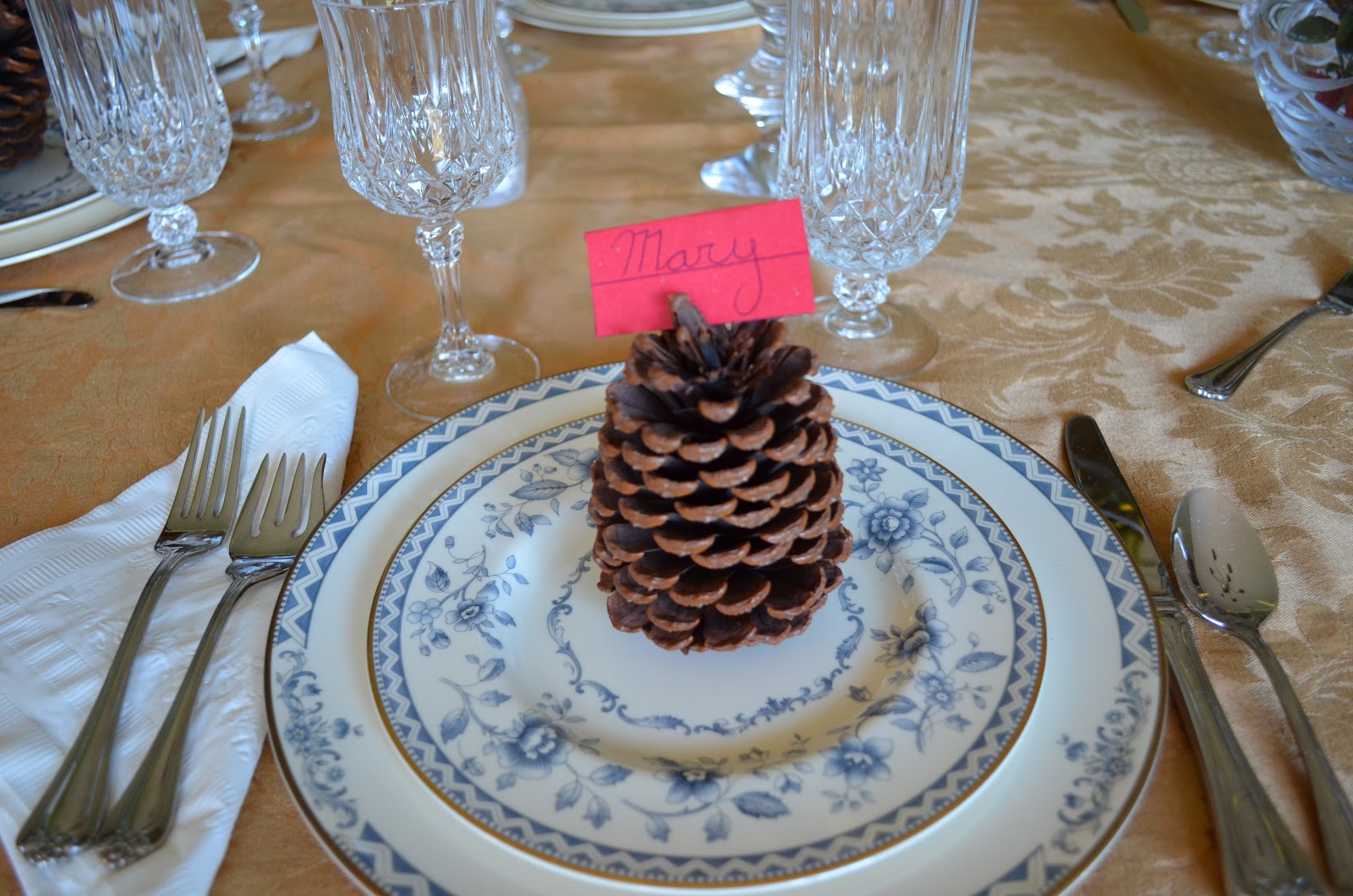 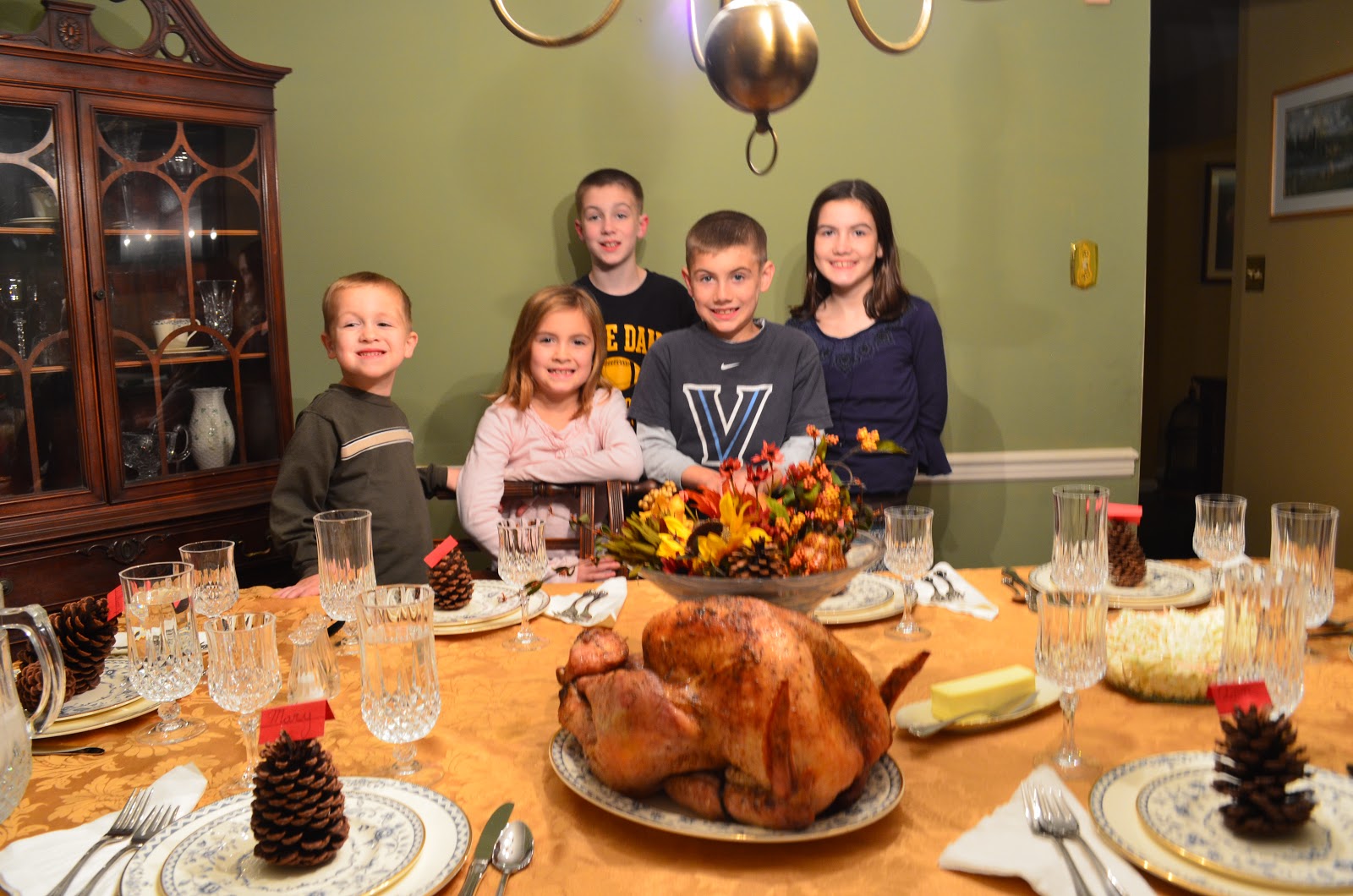 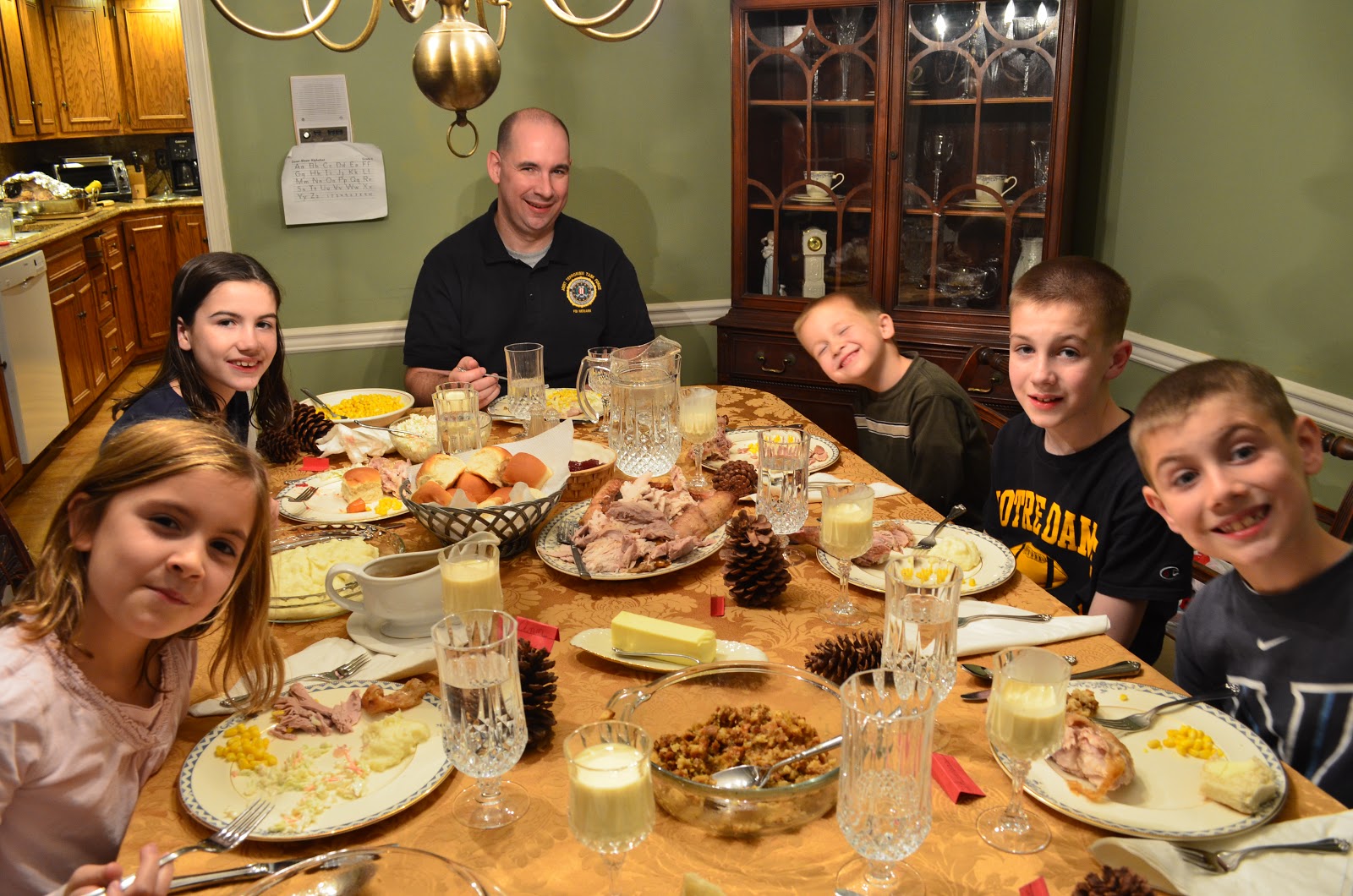 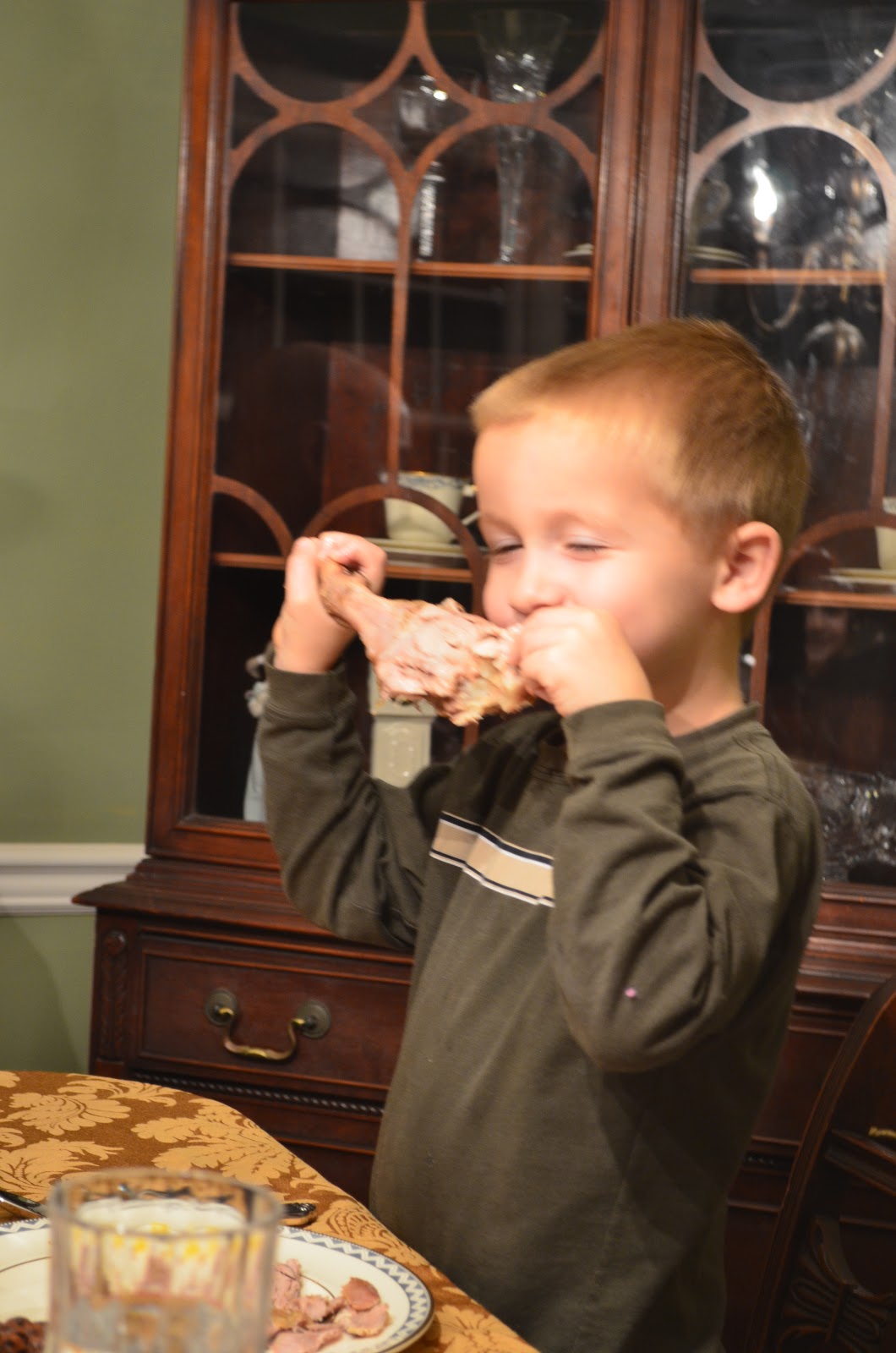 After dinner we worked on our Thankful Tree. 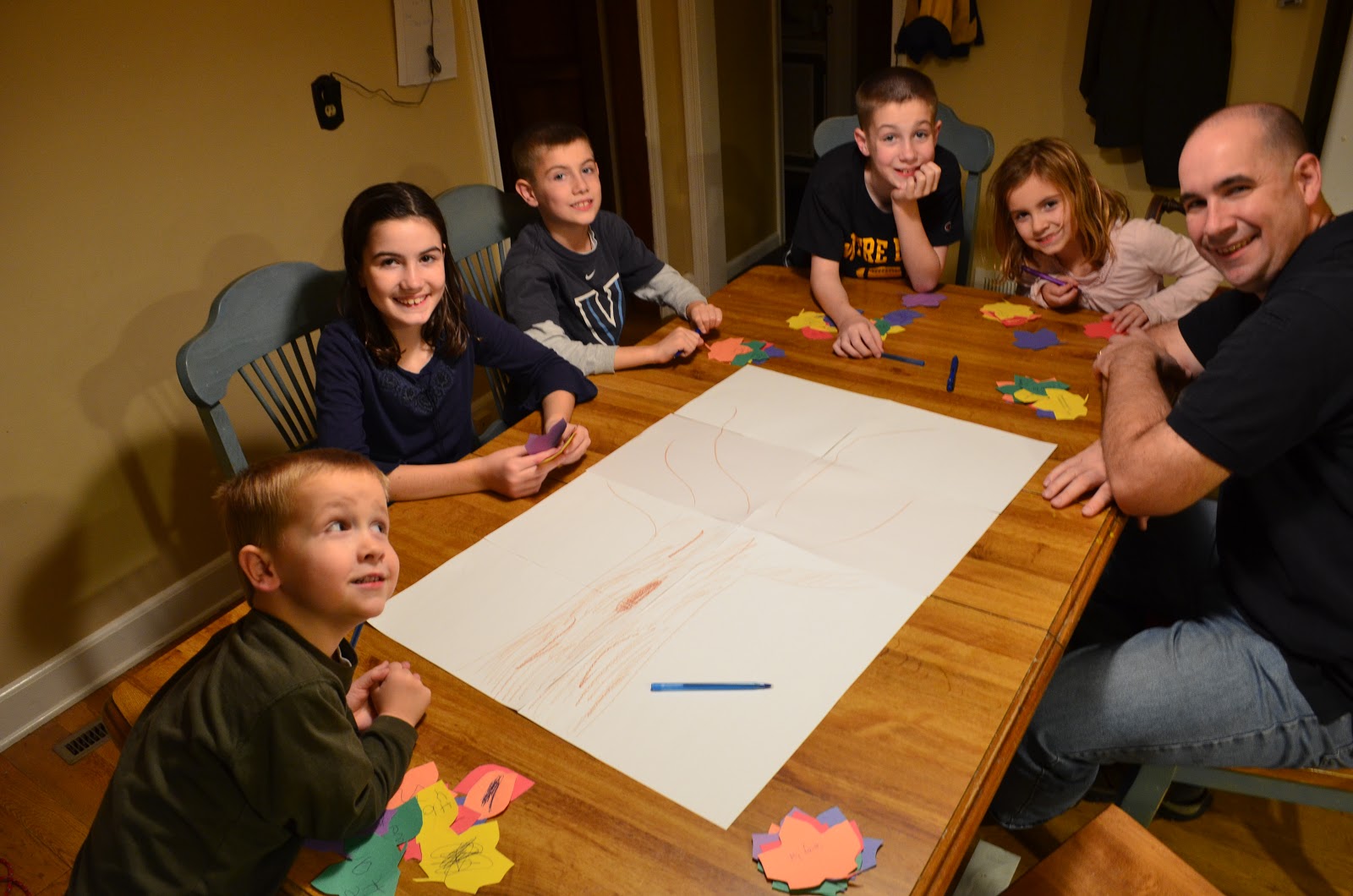 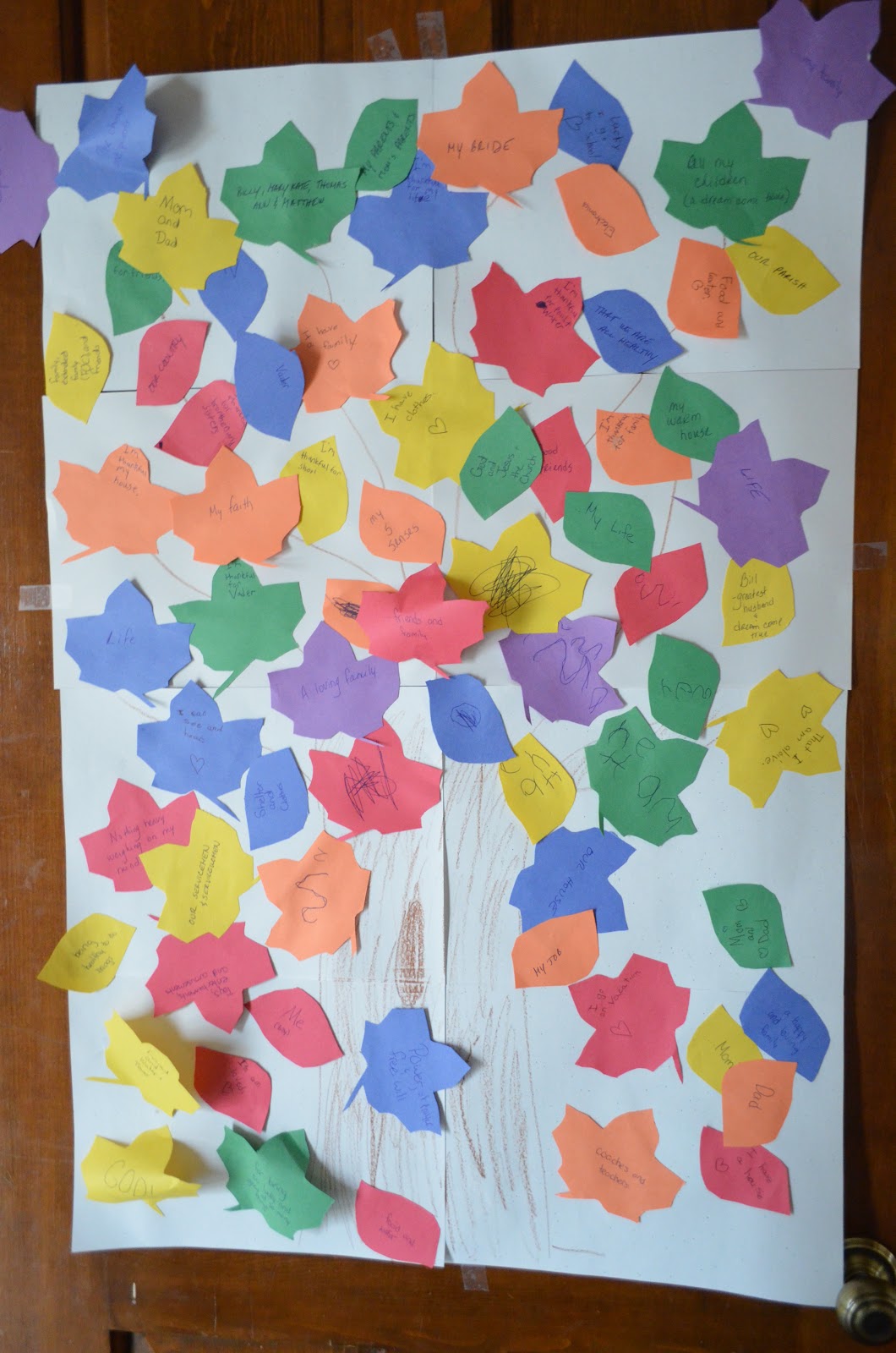 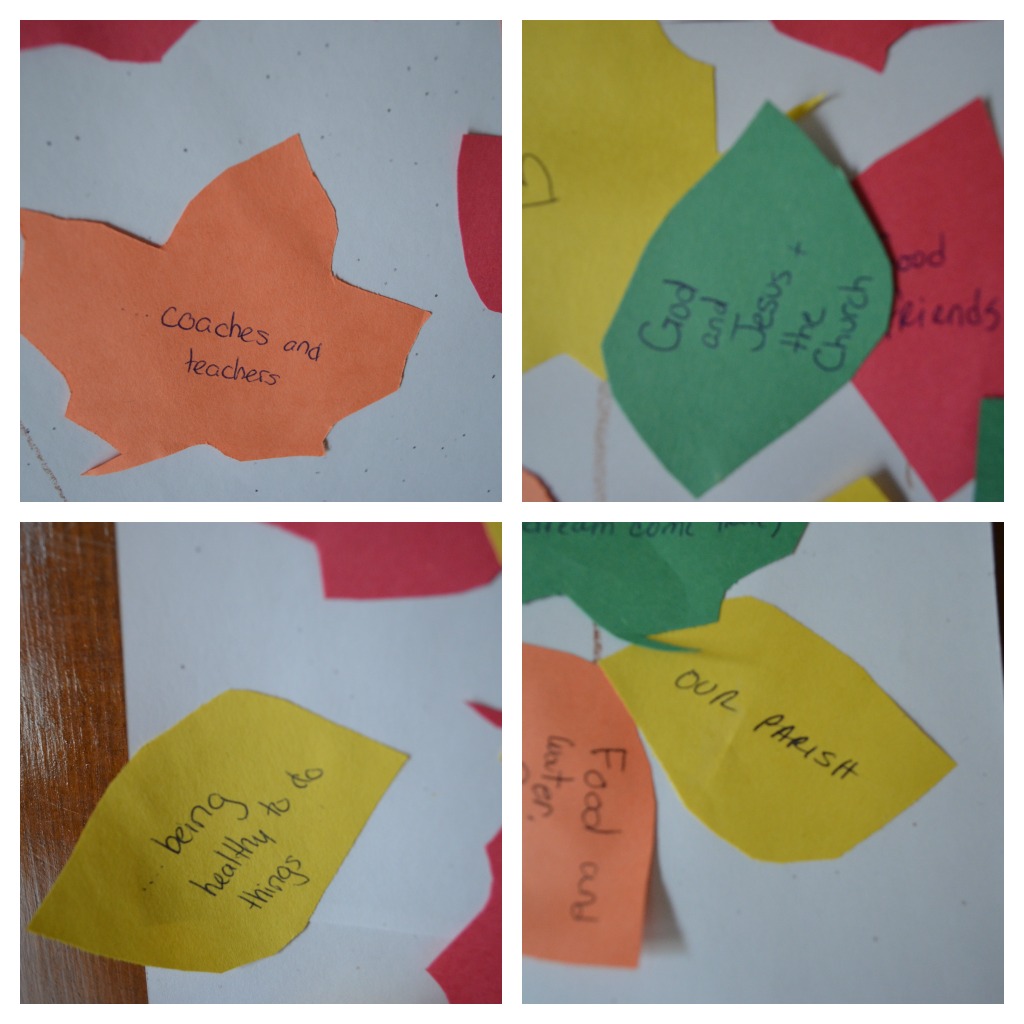 Saturday we went to a memorial mass that Bill's family celebrates annually.  Here are my five with their great-grandmother, Mom-Mom. 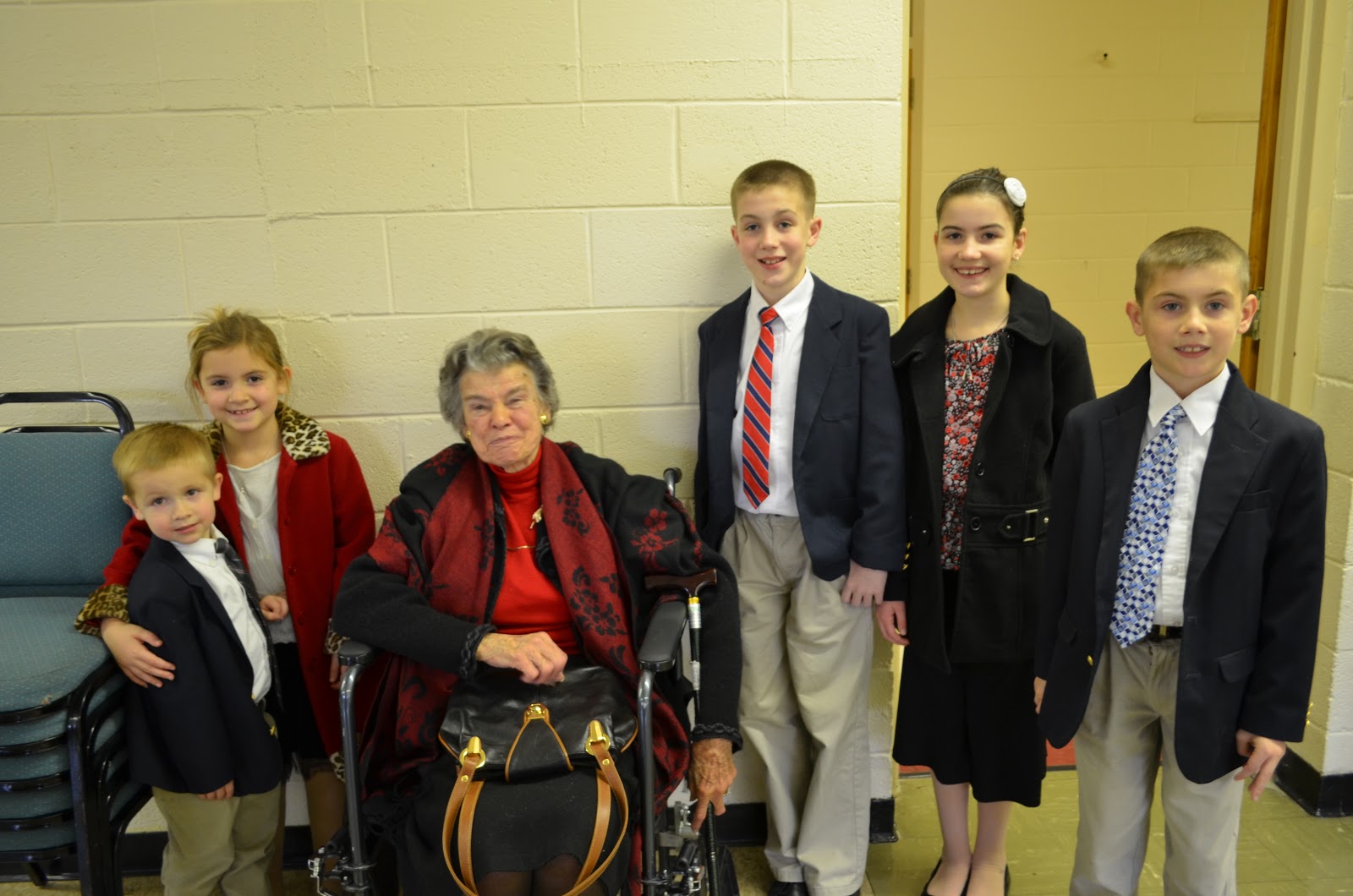 We visited my Dad and then headed to a 4:30 mass. (the kids LOVED going to two masses in one day.) That was sarcasm.

After mass we went to dinner at my sister Mary Grace's house.  She and her husband Mike, and my two nieces, Amanda and Julia, gave us a great time, delicious dinner, and a special birthday dessert (for me).  Loved it and love them!

Bill heads back to work tomorrow but the kids are off from school....First day of hunting season, you know.