The kids had some commitments this summer that kept them occupied.

Vacation Bible School was in July.  Billy and Mary were crew leaders and Ann and Matthew were participants.  Tommy is in that in-between year where he's too old to attend and too young to volunteer so it was just the two of us for a couple of hours at home.

Or at the diner. 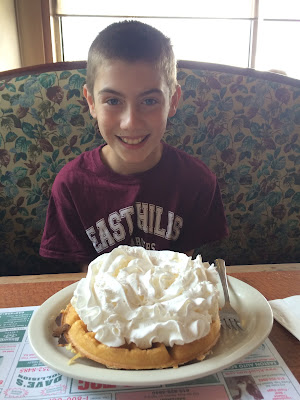 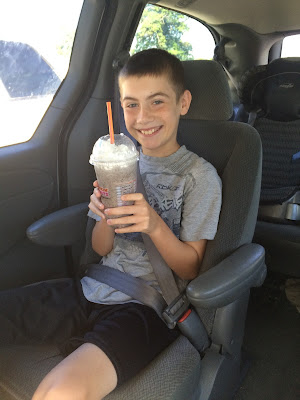 Once August came, it got really busy around here.  Mary is now in high school and band camp is 3 weeks long in the summer.  It was 8-1pm every day, and on some days the woodwinds section stayed until 4.  Add that to the cross country she did almost everyday at 5pm, running up to 7 miles and that girl is my new hero.  She's grown up so much these past couple of months.  Love to see her shine.

Tommy also had 2 weeks of band camp.  Since I volunteered to help out this year, we had to be there at 7:15 every day.  Mary helped out before she headed over to her camp.  She helped me sell lyres and folios. 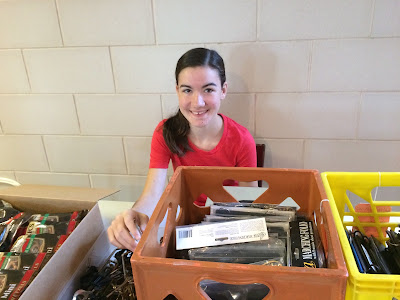 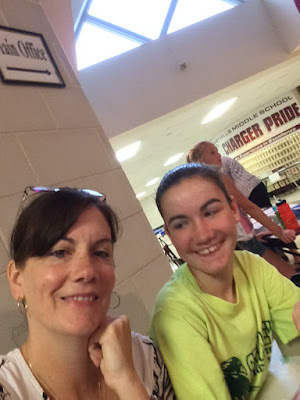 I had such a great time helping out this year.  I had a front row seat in seeing these middle school kids go from sounding "so-so" to sounding wonderful at the end of the two weeks.  The parent preview night was rained out, so these poor kids crammed into the auditorium to play for us what they had practiced for two weeks.  Unfortunately they didn't get to march though.

I tried to capture a video....it starts out slow, but when the brass comes in...I think it sounds great.  Of course I'm going to say that because Tommy plays trumpet :)  They are playing Coldplay's Viva la Vida and also Build Me Up, Buttercup.

Of course I have to give a major shout out to Billy for watching Matt and Ann while I was gone every morning for 2 weeks.  Thanks, Will.

Our twin nephews celebrated their second birthday.  They are just as cute as ever and are the happiest little boys I've ever seen.

Last but not least, I recently sent this text to the Six. 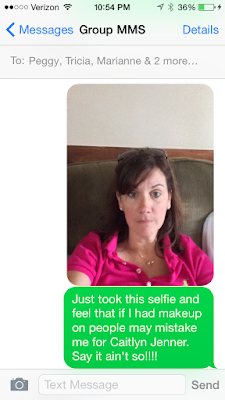 And on that note, that wraps up this Summer Wrap Up Series.