I downloaded pictures from my camera and iPhone and thought it was a good time for an Everyday Happenings post.

*Backing up to October, there was Halloween celebrating.  The children took the lead doing their own carving.  They did a great job. 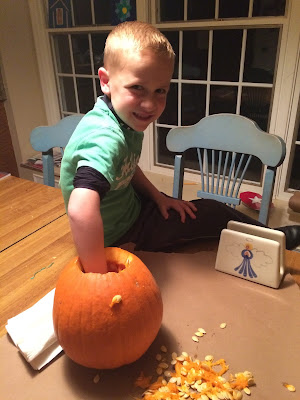 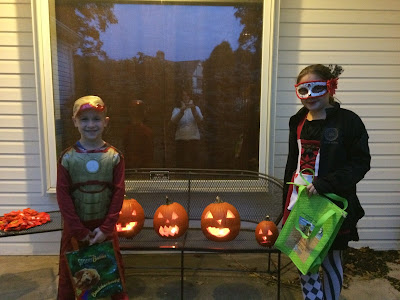 Bill took Tommy to a friend's house, Mary had a parade with the marching band, and Billy has outgrown the whole thing. (but apparently hasn't outgrown stealing the candy left for our trick-or- treaters)  That left only Matt, Ann, and me to roam our neighborhood.

*Parade and football season has come to an end, thank goodness.
Mary also completed cross country.  Here she is at the district championship alongside her coaches from her CYO days.  She now runs for her public high school, but these coaches still cheered her on and gave their full support. 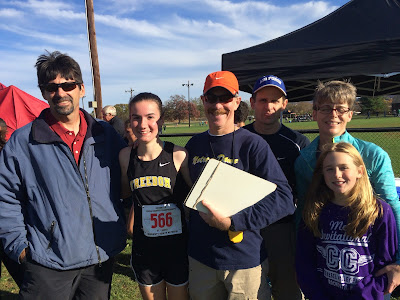 She did so well this season her coach gave her the "Most Improved Runner" award.  Something with the title of that award doesn't sit well with her, but it just goes to show she worked really hard to shave off a lot of time from her initial race.  Way to go, freshman!


*I call this next photo "Typical". 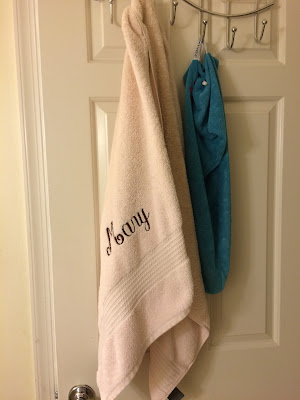 4 lonely hooks without their towel on it.  Every. single. day. 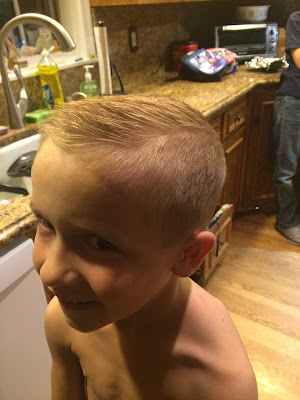 *We were told the shore house we've been renting for vacation the past 5 years had been sold and the new owner would not be renting it anymore.  We high-tailed it to Avalon one beautiful Sunday to find a new one. 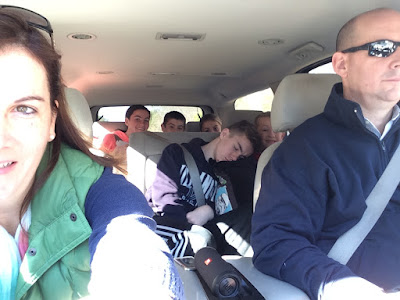 On the way, we stopped to see Dad's new office.... 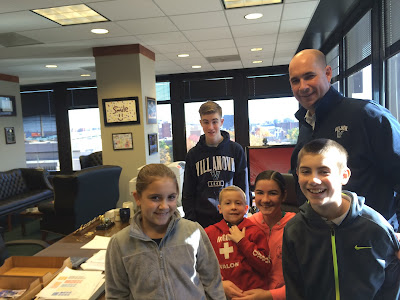 We grabbed some Wawa hoagies and had lunch on the beach. 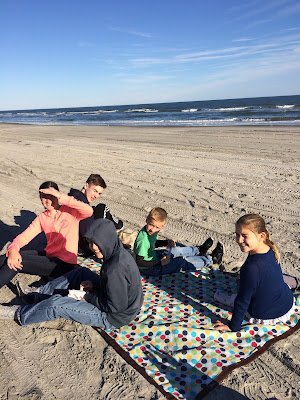 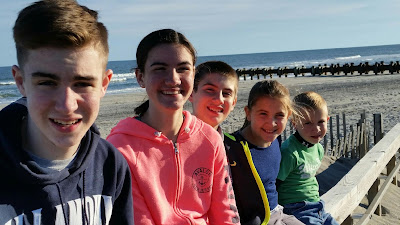 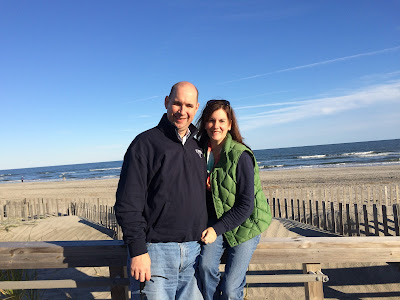 *Hanging out with my sisters in law is always a treat.

Wishing you all a very Happy Thanksgiving.