Fox, A Cardinal, And The Determined Warrior

For the past three years our family has taken a day trip to New York City to celebrate Memorial Day.  I suppose now we can go ahead and call it a tradition.

To see years one and two you can go here and here.

We got dressed, had breakfast, stopped at Dunkin Donuts, and we were off. 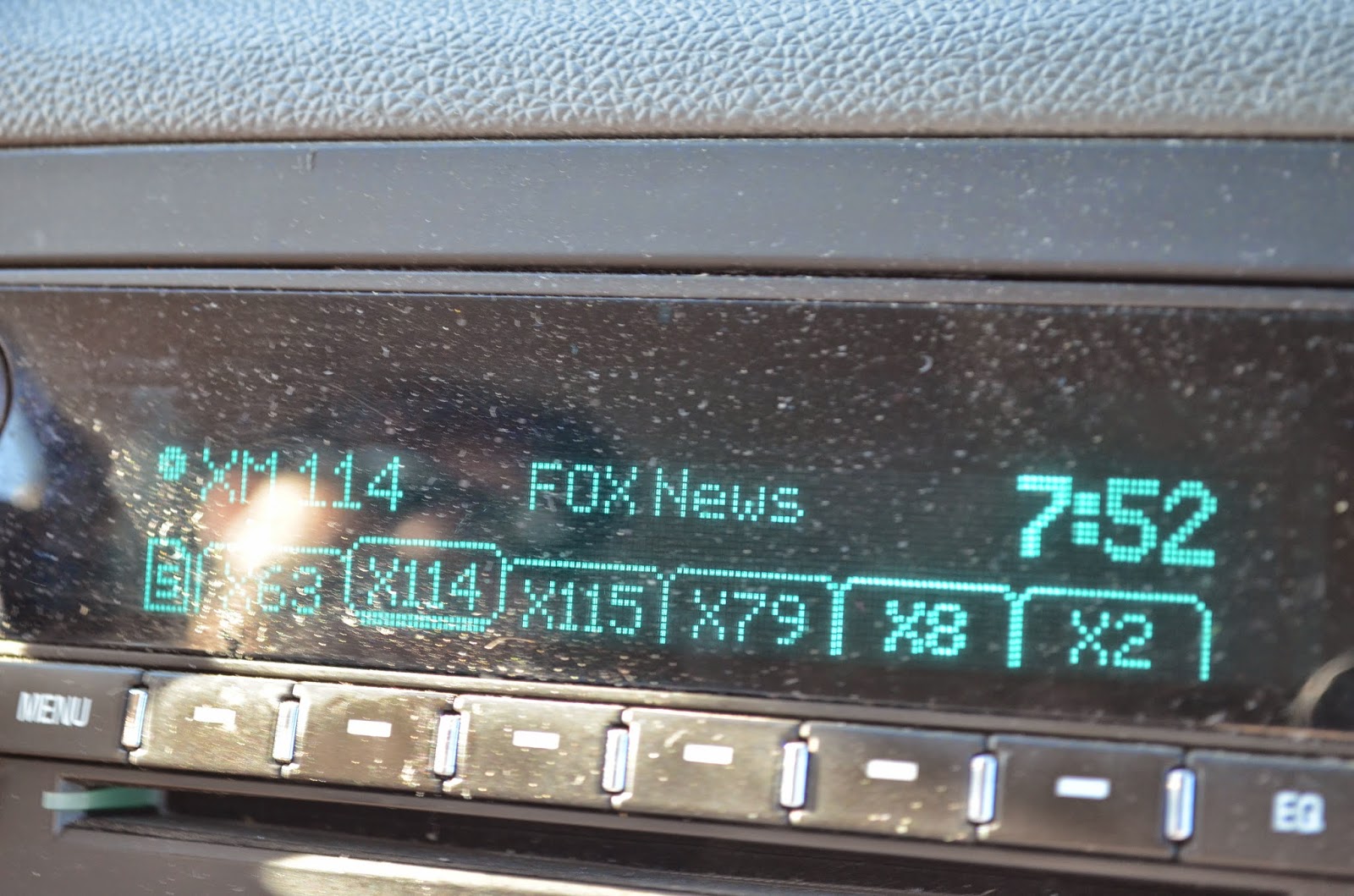 First on our agenda....Fox and Friends, of course. 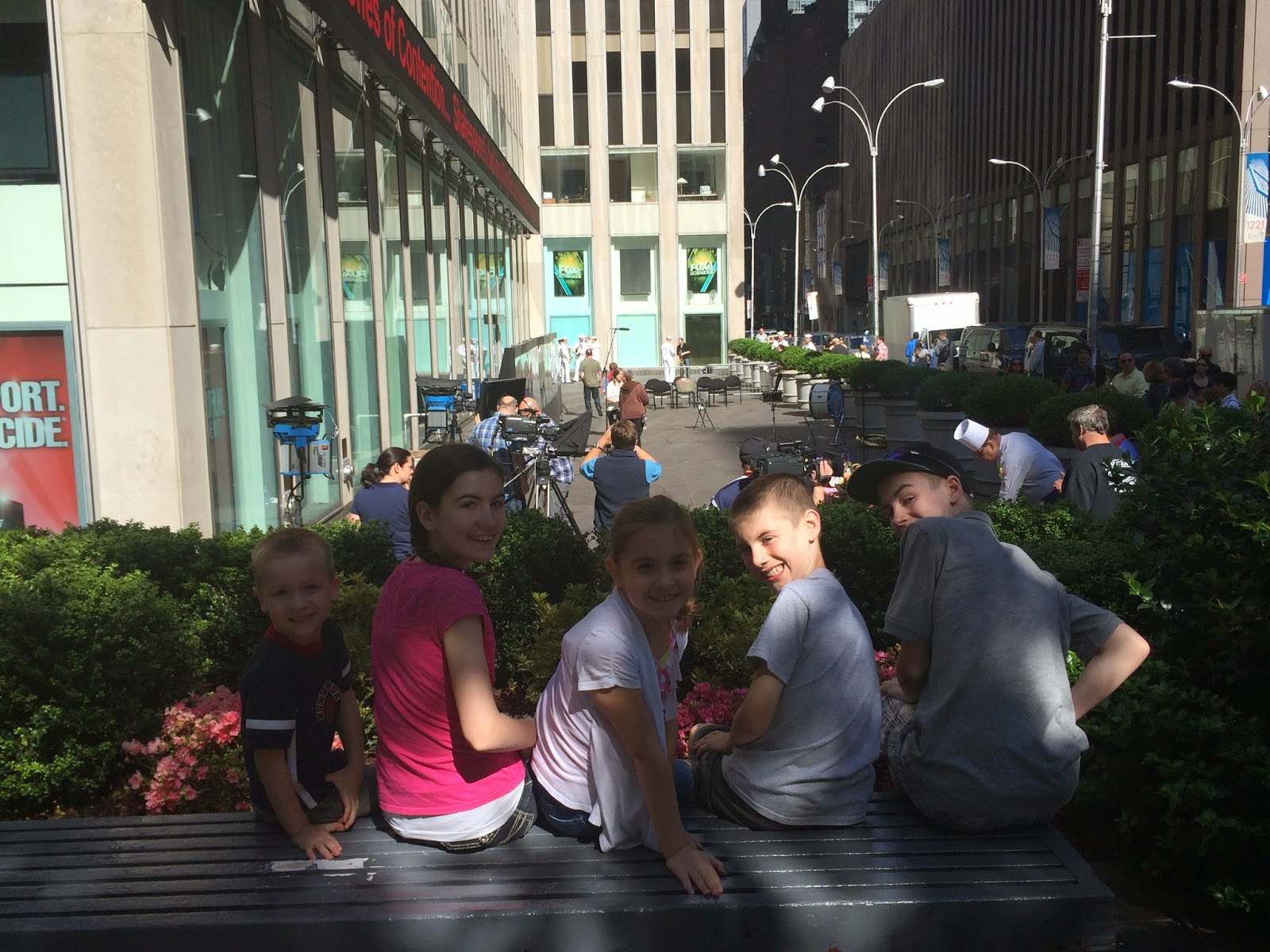 We met Anna and Rick!  They were super nice and posed with us. 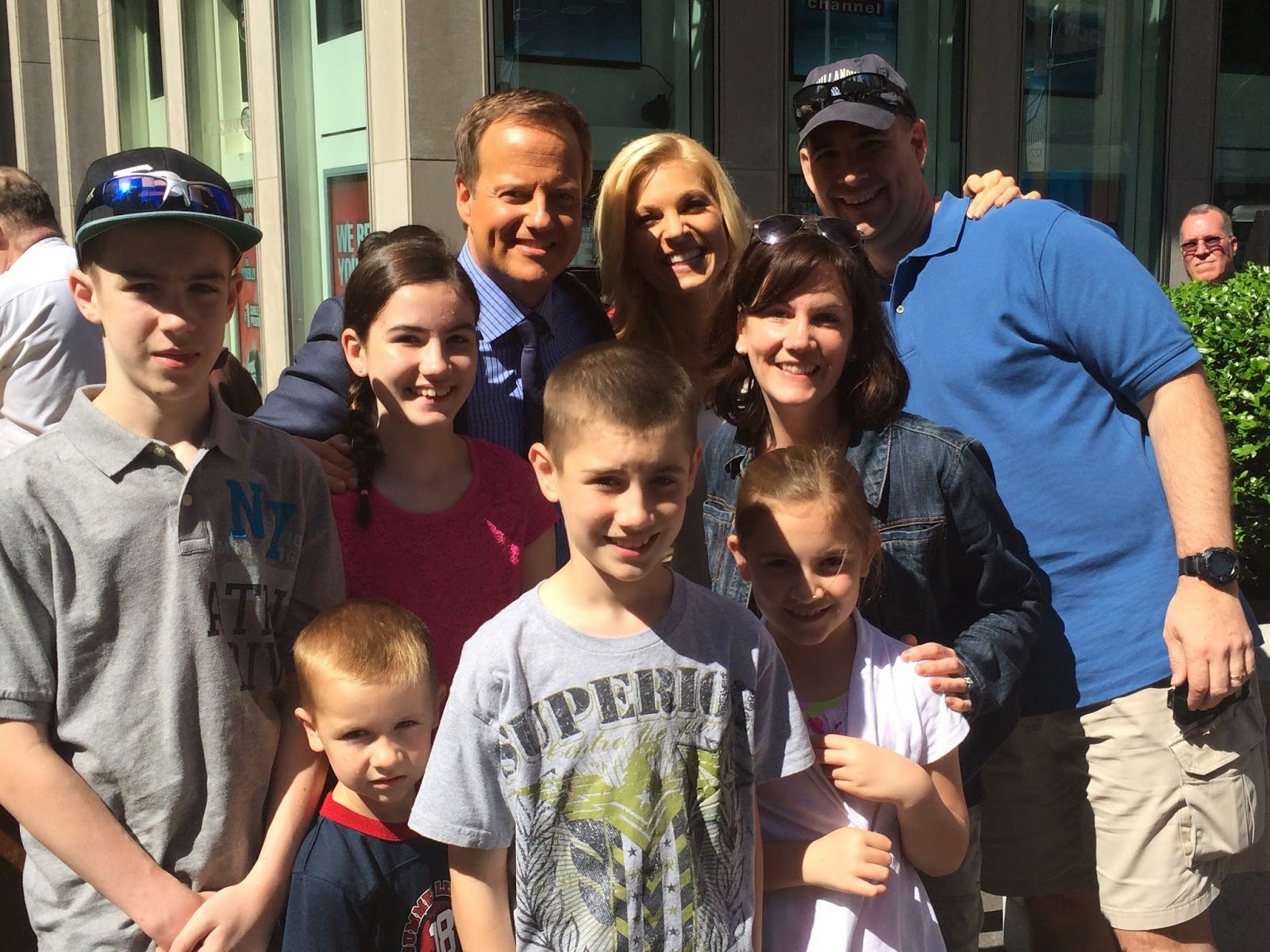 Tucker wasn't there, darn it!


The Navy Band Northeast was also there.  We met a few of the members who were really friendly. 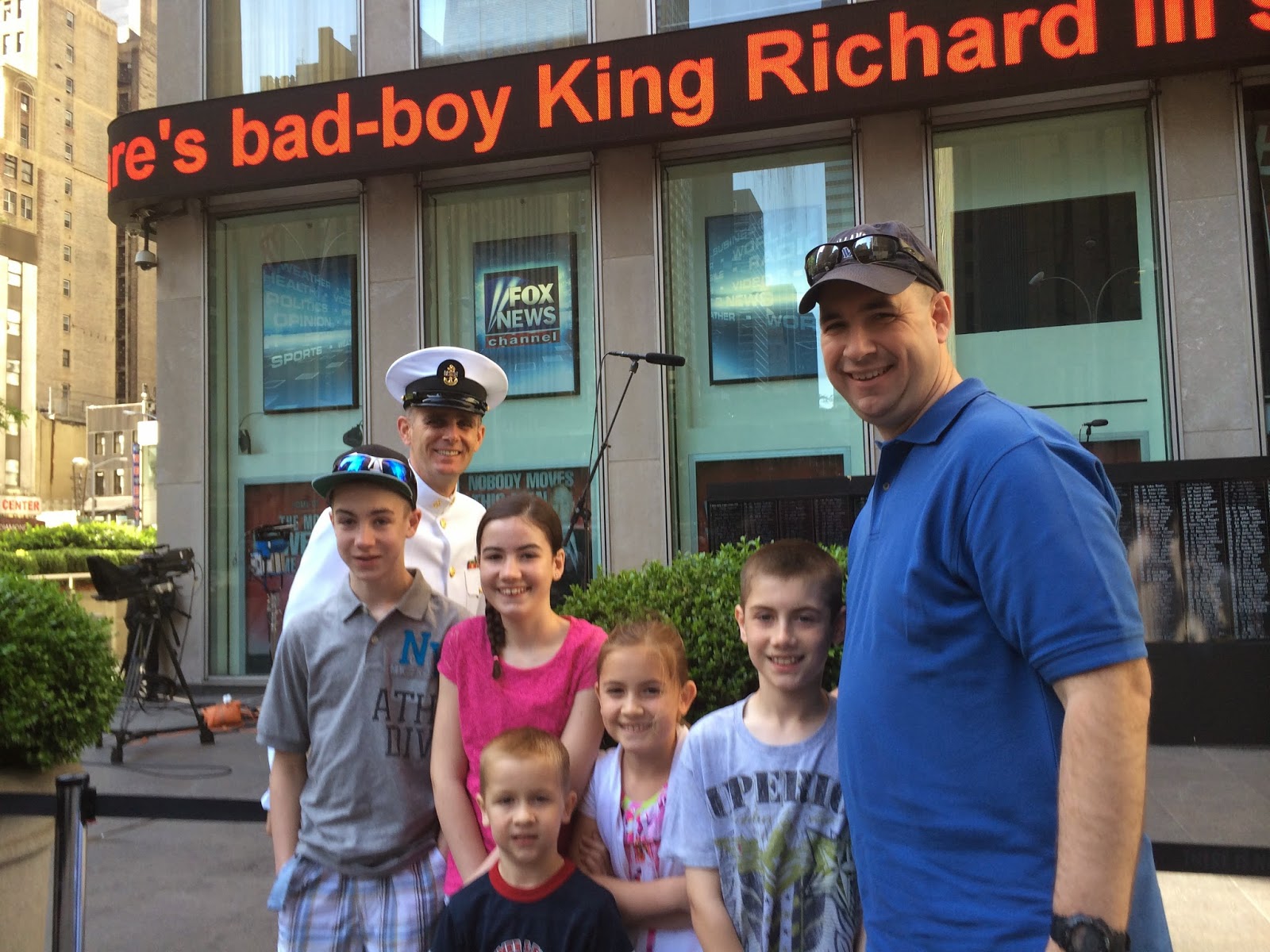 We met the trumpet player who played the Superman theme song for Tommy. We also had the honor of meeting Ron White. 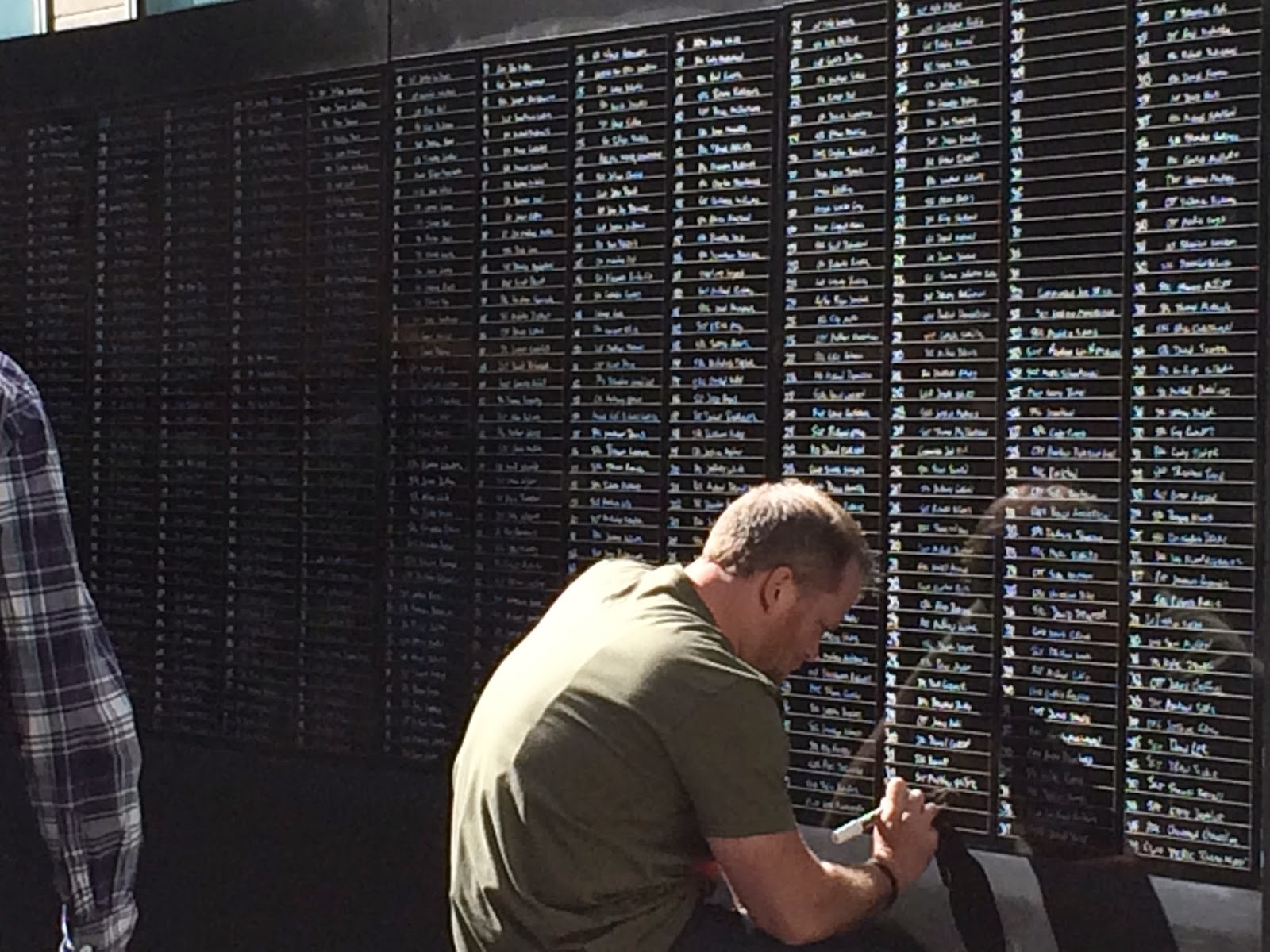 Ron White honors our fallen heroes by writing the names of the fallen from Afghanistan - more than 2,200 names - on a wall...from memory. He travels the country with a 52-ft wall, writing the names to honor them so they will never be forgotten. It is a 100% non-profit project and currently, 150 more men and women have died and Ron needs to buy more panels to add to the wall so he can honor them as well.

In his Fox and Friends segment Mr. White reminded us of the following quote from Calvin Coolidge:


"The nation which forgets its defenders will be itself forgotten".

If you want to find out how you can help, visit www.supportthewall.com


After the show, we walked the few blocks to St. Patrick's Cathedral for mass.  The Archbishop of New York, his eminence Timothy Cardinal Dolan, was the celebrant. After the recessional hymn, he saw that we were there.... 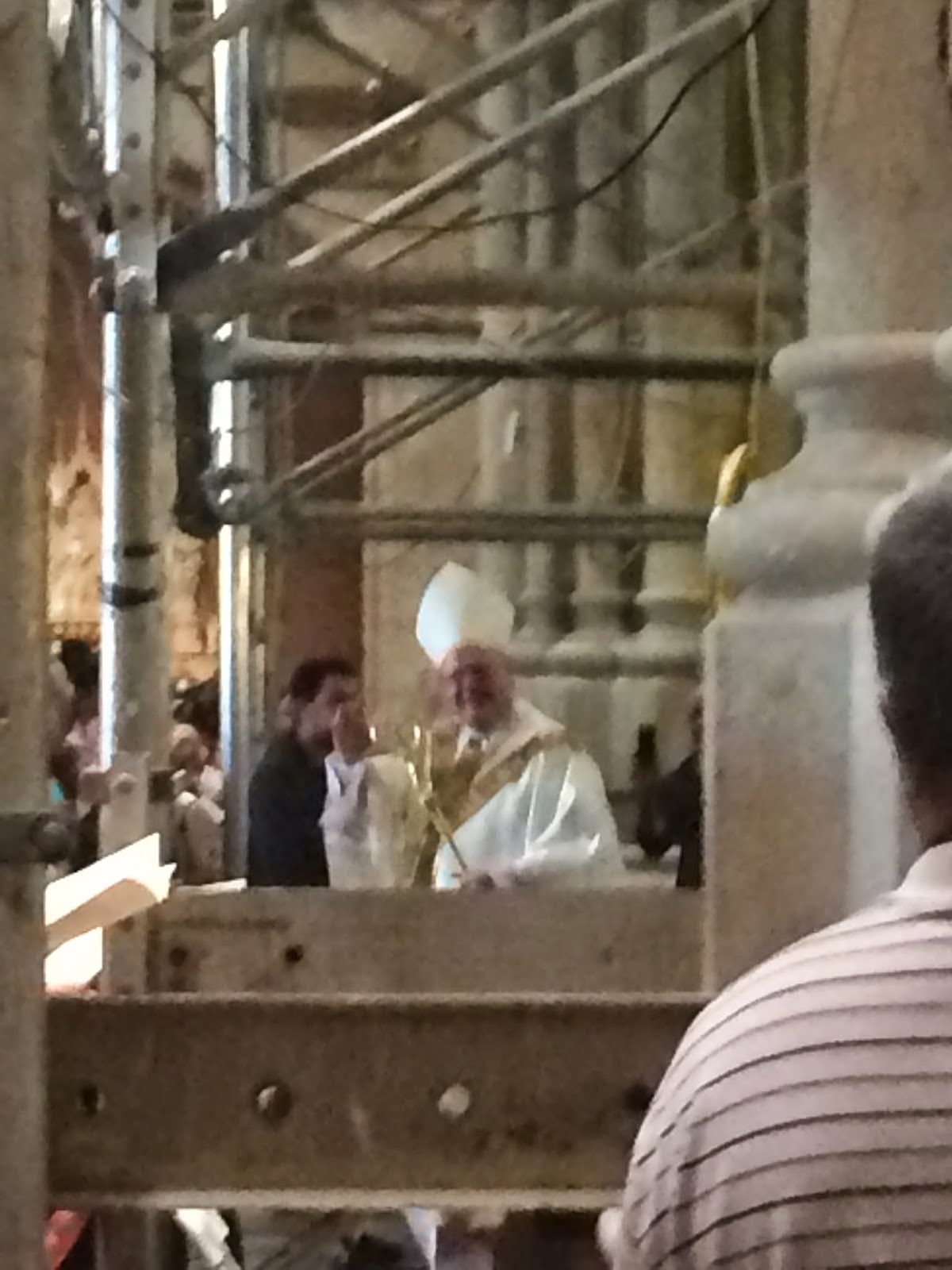 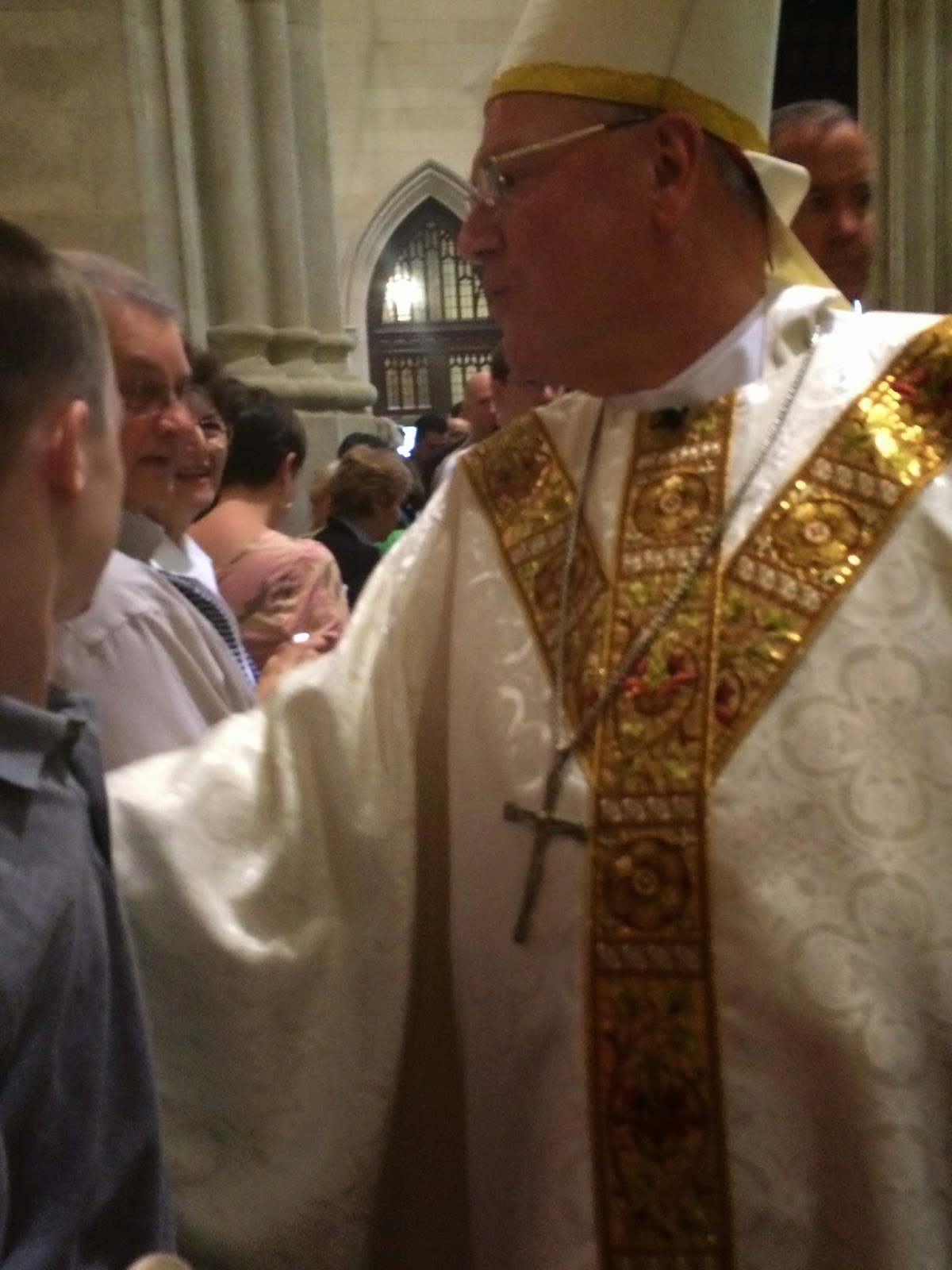 Tommy got a handshake and Annie got a hug. Very cool!

Next, we took our packed lunch and ate at Dad's new office.

Then we took a subway ride to the Staten Island Ferry and rode that to Staten Island to see the USS Cole. The view of Manhattan and the Statue of Liberty was amazing. 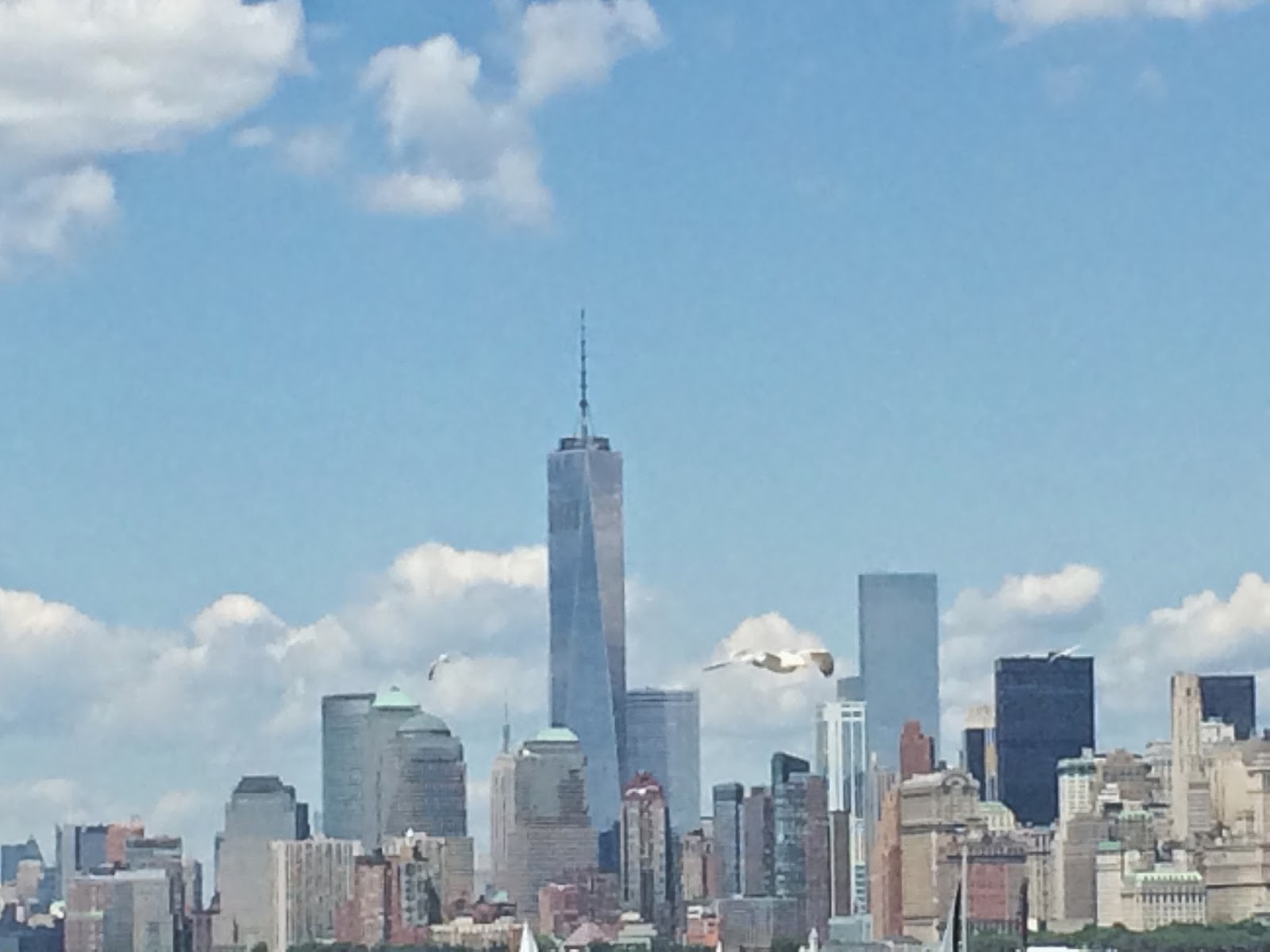 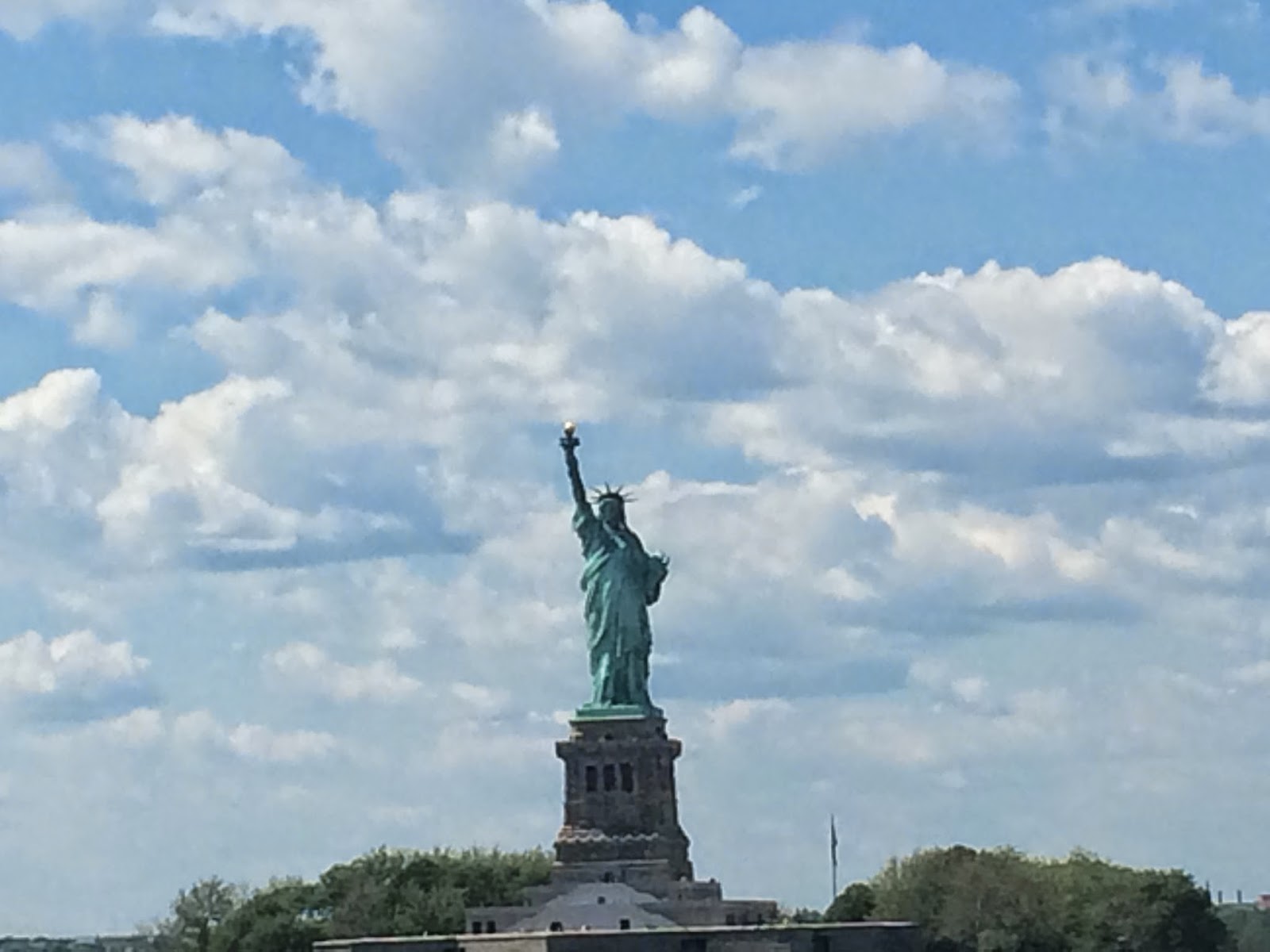 Such beautiful skies as well.
I highly recommend this because it's fun--and free.

We toured the USS Cole, the Determined Warrior. 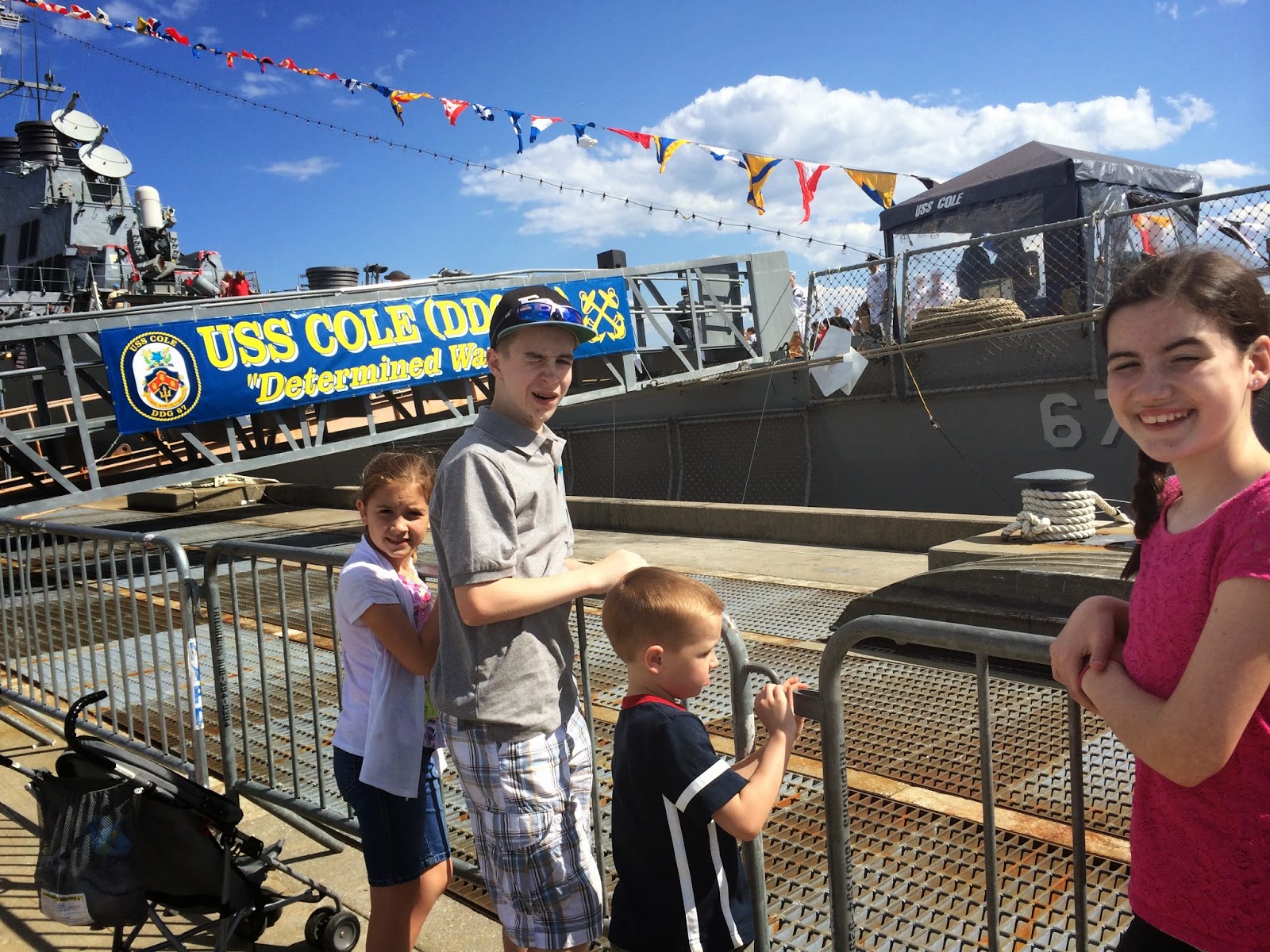 After touring the Cole, we went back to Manhattan, got a quick dinner in Hoboken, NJ, and headed home.

We were so tired by the end, but it was so worth it.