It's hard to believe that the first month of 2016 is over!  I wanted to share our January happenings.

The year started off with a bang.  Bill's cousin Carrie was married on New Year's Eve.  It was a lot of fun, to say the least.  The wedding was held at the Cathedral Basilica of Saints Peter and Paul in Philadelphia.  I purposely didn't take pictures there so I could enjoy the moment.  And I did.  It was a beautiful ceremony.

The reception was held at the Please Touch Museum.  Check out this picture of the bride and groom during the reception.  Isn't it magical looking? 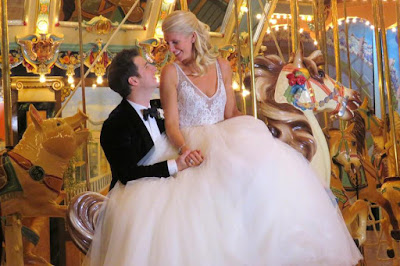 Since it was a black tie optional event, Bill was able to brush the dust off the tux he owns and get some use out of it.  Here are some other shots from the night. 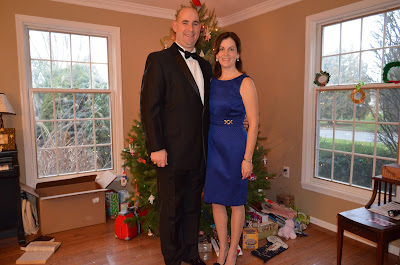 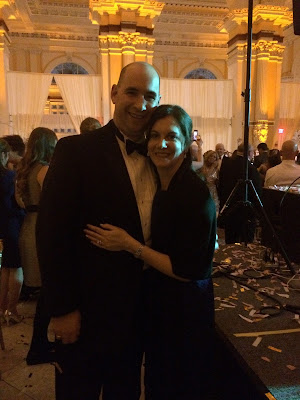 You may have heard, further into January we had the Blizzard of 2016.  Our area had 31 inches fall.   I love being stuck at home.  I even love to shovel.  But if that's all the snow we get this year, I'd be happy. 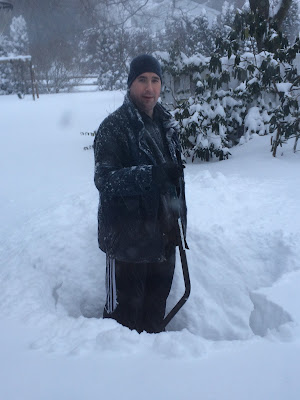 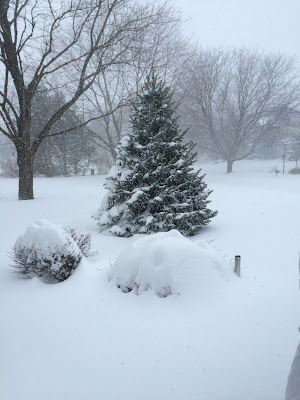 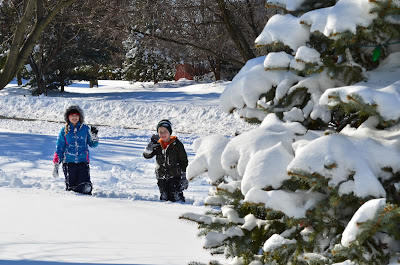 The girls are usually pretty good at entertaining themselves.  Balloons and science experiments filled part of their weekend and the following 3 days off from school. 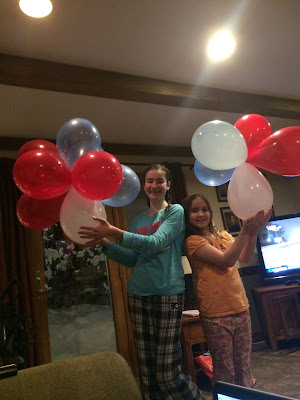 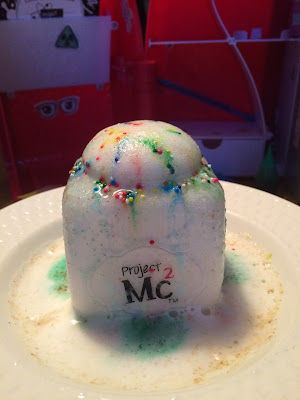 Speaking of the girls, the three of us had a few hours on a Saturday with nothing to do.  We drove to the outlets to shop a little. 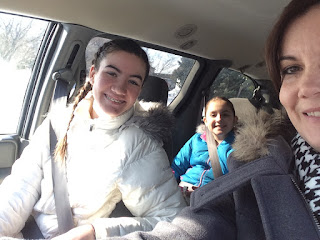 Ann is NOT a big fan of shopping, but she found some fun things to do while waiting for me and Mary. 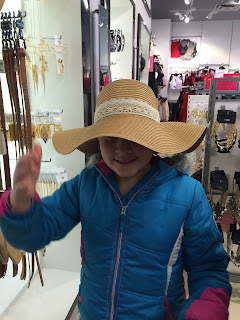 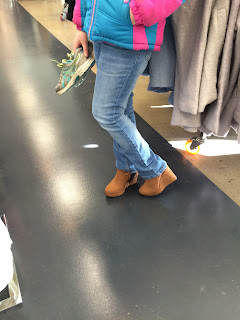 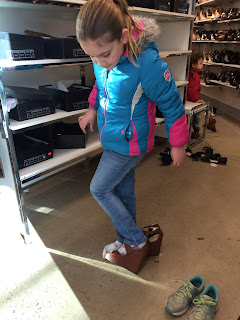 Not much more to report other than sharing these cute (to me? to everyone?) pics.

Speaking of the bus stop, time to go get them.