Is it bad to be thankful that the baseball game Friday night was rained out?  As much as I love to watch the boys play, being home on a Friday night is much more appealing.

That's how our weekend started and we were all in our pj's, snuggled in on the couch, eating popcorn, and watching Rise Of The Guardians by 8pm!  Pure heaven.

Saturday morning Tommy and I headed to his First Communion Retreat. It was a special morning together.  Okay, more special for me, but fun nonetheless.  While we were there Bill had the other kids at Opening Day Ceremonies at Little League.  Around noon we traded off--me to the track meet---him to snack stand duty.  We reconnected later in the afternoon.  It was a beautiful day so we snuck in a walk. 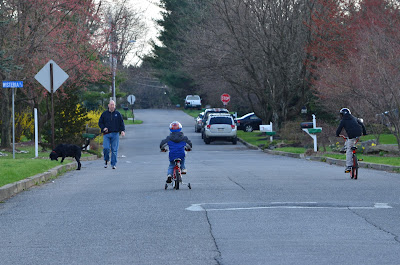 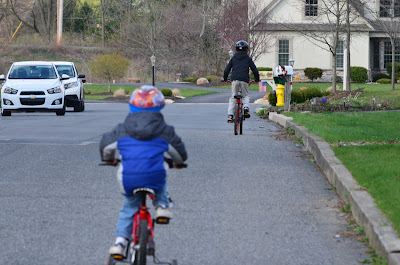 We had a special dinner Saturday night to celebrate Bill's new job.  (by special I mean we ate in the dining room instead of the kitchen and used fancy glasses to toast him)  I can't tell you how proud I am of Bill.  This promotion is not something he "went after" but was something he was summoned for, which speaks volumes if you ask me.   It will mean some changes within our family for a while, but Bill has proven many times over that he lets it impact us as little as possible.  He truly is THE BEST. 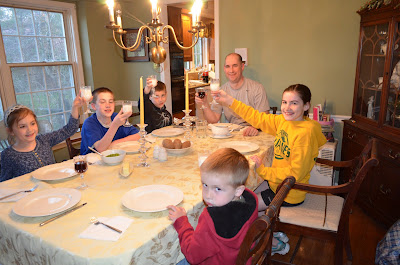 The rained out baseball game was rescheduled for Sunday at noon, which means we had to get up early for the 9am mass.

By my calculations, that was an entire weekend without Fox and Friends.  Boo!
We should be able to sneak it in next weekend before one track meet, two baseball games, a visit from Johnette Benkovic from EWTN, and two very special babies being baptized, where yours truly is the Godmother to one!